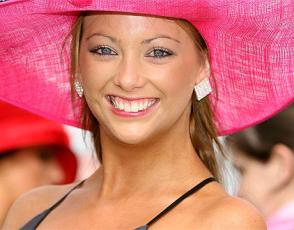 Niamh Walsh has decided to pack her bags as the number of modelling gigs on offer here continues to fall in the recession.

And it looks like Niamh (26), nicknamed Nemo, will have little problem settling into life across the water, after teaming up with former army lieutenant Collette McBarron to share a house.

Donegal model-turned-fitness instructor Collette is based in London’s Fulham area, where she has been sharing a flat with her younger sister Christina since leaving Dublin last year.

“We’re going to move in together somewhere in the Fulham or Chelsea area,” Niamh said.

“We haven’t really decided where for definite yet. I’m going to head over and stay with them from this Friday so we can start making plans.

“I’m really excited about it. I decided I might as well move over for the craic, there’s nothing to lose.

“I haven’t got a job or anything lined up yet though,” she added.

Niamh admits, however, that the fall in the amount of modelling work in Dublin had a large impact on her decision.

The beauty queen went on to say she will have no shortage of friends in London, given that fellow Assets beauty Louise Kavanagh also made the big move there last summer.

According to the chatty blonde: “There’s nothing going on here. I’ve had a few bits and pieces lately but nothing much.

“It has been a lot quieter and there’s nothing coming up over the summer so it’s a good time to leave.

“I will hopefully do some modelling work in London, I’m not too sure yet.

“I have a few different contacts over there in production companies and things like that so we’ll see what comes up.

“It’s all new and exciting. There’s loads of people I know there, half of Dublin are living in London now.

“Louise Kavanagh is there and a few others so I definitely won’t be lonely,” she laughed.

Dublin beauty Louise will be sure to introduce her agency colleague to all the right people after landing a coveted gig to become a croupier bunny at the new Playboy club in London opening this summer.

The Playboy club will open in Mayfair on June 4.