THOUSANDS of medical card holders across Donegal are now being forced to pay for routine procedures when they visit their doctors. 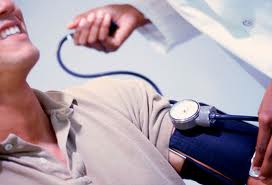 A list of routine health checks including blood tests, ear syringing and having blood pressure tests taken will now cost the unemployed and the elderly €20 a time.

The HSE have agreed a list of payment fees for various procedures with GPs which have now been introduced in recent days.

Up until now most of these procedures were completely free for medical card holders under the medical card scheme.

But now if patients request a certain procedure, they will have to pay out of their own pocket for it.

As well as blood tests, having a 24 hour blood pressure monitor fitted will set a patient back €50.

Doctors are now being forced to charge the fees after the Government cut back on their fees in a number of other areas.

However the new charges are causing uproar amongst the elderly and those who simply cannot afford the charges.

There is now a fear that people will simply not bother getting various routine but necessary procedures done such as regular blood pressure monitoring because of the charges.

One GP told donegaldaily that he was not charging patients for routine procedures but he knew many who have already been forced to.

“It has been introduced with very little fuss in recent days. There is an actual charge-sheet with a standard charge for various procedures.

“I am trying to desist from using it or from charging my patients. How can I turn around and tell an elderly patient that I am charging him €20 for something today that was free under the medical card scheme a month ago?

“Having said that I know some of my colleagues are being forced to charge for these services because of recent cut-backs.

“People think doctors are very well-of but we run a business just like everyone else. WE have a lot of overheads too,” he said.