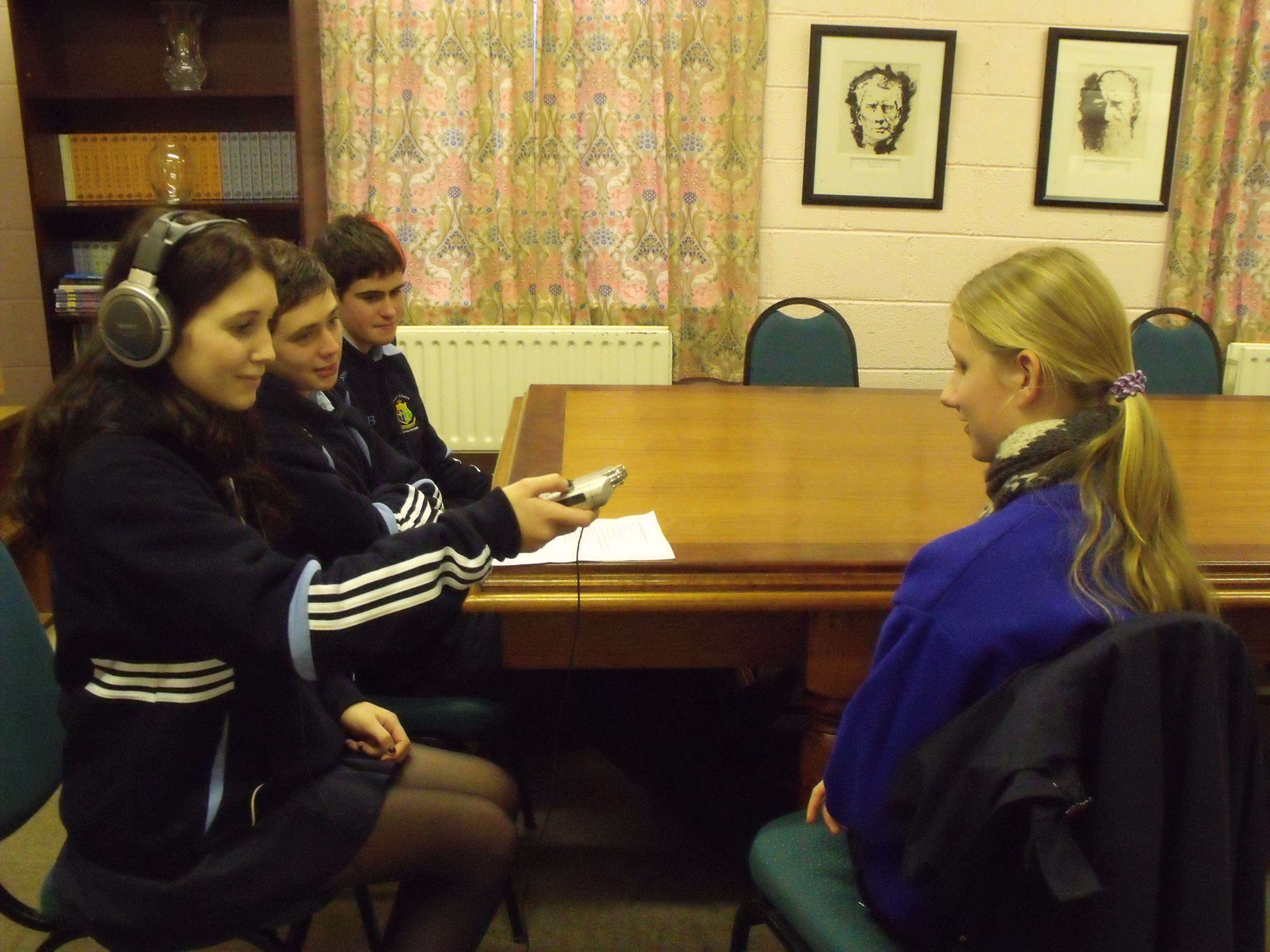 FAR FROM HOME AND LIVING HERE: ‘THE IRISH ARE NICE TO US BUT THEY DON’T ASK US TO MEET, WE ARE SEPARATE’

SPECIAL REPORT: YOUNG JOURNALISTS from the group Headliners investigate racism in Donegal. This is their article:

Although police statistics suggest Buncrana is not a racist place, there are people from other countries living here who find life very difficult and lonely as they struggle to fit in.

There are others who may be suffering in silence as many are afraid to report incidence of racist abuse.

We wanted to give these young people a voice. We wanted to hear their stories so others can be aware of just how hard it is for them.

Robert (13) came from Romania two years ago. He said: “I found it most difficult making new friends, it was hard to get to know them but once I got to know them, we were good friends then. I think the rest of my family find it hard fitting in too.”

Fourteen-year-old Ola from Poland agreed. She said: “It was difficult at the start. At first it was the language, I couldn’t speak it at all, but now it is that I only have Polish friends. The Irish are nice to us but they don’t ask us out to meet, we are separate.

“We came about five and a half years ago because my Dad needed a job and there wasn’t much in Poland. I was scared leaving, I didn’t know the language, I had to make new friends, the school was new, everything was completely new. I had to leave behind my grannies, my cousins -nearly all my family – it was just me, my parents and brother.”

Jadzia, who is 13, also had to leave behind most of her relatives when she moved to Buncrana from Poland six years ago.

Jadzia said: “I was 7 when we moved so I didn’t have a say, I didn’t want to move but we had to because we were finding it very difficult in Poland. It was hard but there was no other choice. I had to leave behind most of my family, though my uncle and cousins came a year later. I feel sort of different to other young people here.

“Racism is caused by people who see others differently and judge them for what they see,” she added.

Robert said: ““I think racism is caused when people don’t understand why people are different.” While none of the young people we spoke to felt they had been the victim of a racist attack, they all hoped that they would be able to tell someone, such as a teacher, if they were. But Ola added: “I don’t know, maybe I’d be too scared.”

However, all three believed that Buncrana was a good place to be – apart from the weather, for Ola!

Robert said: ““My advice to anyone coming here would be – don’t worry, people are friendly” while Jadzia said: “My advice is not to be scared of Irish people, they’re not really that scary.”

We hope that by highlighting the experiences and opinions of some of the young people who have come to live in Buncrana from other countries that we will help other young people understand the impact of racism and prejudice better and help them interact with young people from different countries and cultures in a friendlier way.

About this story: WRITTEN BY YOUNG JOURNALISTS FROM HEADLINERS

FAR FROM HOME AND LIVING HERE: ‘THE IRISH ARE NICE TO US BUT THEY DON’T ASK US TO MEET, WE ARE SEPARATE’ was last modified: April 22nd, 2011 by admin