of the world’s leading online hotel companies has suggested Letterkenny’s Mount Errigal as one of the perfect places for Prince William and Kate Middleton to spend their honeymoon.

And owner Terry McEniff says he’ll have no problem rolling out the red carpet for the couple if they happen to pull up outside the Ballyraine hotel over the weekend!

www.hotels.com have ranked the Mount Errigal as one of the top seven places for the new royal couple to spend their first weeks of married life getting to know eachother.

And if that wasn’t enough, top women’s magazine Bella has also suggested the Letterkenny Hotel as the ideal place to honeymoon.

Mr.McEniff told donegaldaily.com that he was delighted his hotel was being mentioned as one of the top places to stay for honeymooners.

But he said he couldn’t possibly divulge if he had been visited by any security personnel on behalf of the Royal family in recent days. 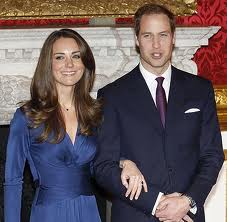 “That’s sensitive information which I wouldn’t like to divulge,” he laughed.

But he added “It’s great to get a mention. We do try our best for honeymooning couples but I’m not sure if William and Kate will be dropping by.

“And even if they were – I couldn’t possibly say.”