IRELAND’S leading postmaster has called for both An Post and the Government to bring in new security measures to stop post-office operators in Co Donegal becoming the victims of tiger kidnappings. 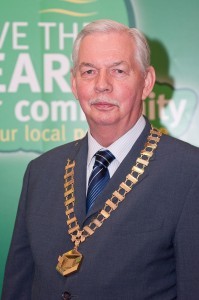 Brian Cannon, President of the Post Masters Union, said more has to be done to protect people rather than post offices during the recession.

Mr Cannon, who is based in Leitirmacaward, said raiders are will to take people hostage for just a few euro.

“The bottom line is that people are desperate for money and they will go to any lengths to get it.

“Post officer operators are sitting ducks and security measures really do need to be tightened or we are facing more and more tiger kidnappings,” he said.

Mr Cannon, whose post-office has been in his own family for 100 years, said that he personally has had to stop taking early morning walks because he feared being kidnapped.

“I had to stop taking my walks because there was that worry there that I might become a target. I just couldn’t do it anymore.

“And I know that my fellow post-officer operators around the country feel the same. They feel that vunerability and it has to be stopped,” he said. 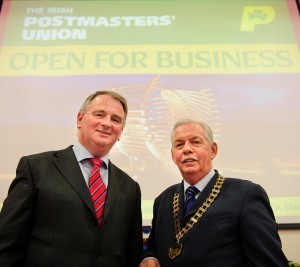 He said there was a range of practical steps which could easily be introduced to ensure1,100 postmasters of their families do not become the next victim of violent gangs.

“I am not going to tell the Gardai what to do because this is their business but we fell there are measures which can be introduced.

“A simply phonecall each morning from the Gardai to local postmasters could be a very small but significant way of telling if there is something wrong.

“We have security measures in place for the actual post offices themselves but we need to concentrate more on the people running them,” he said.

Mr Cannon was speaking at the opening of a two day conference of Post-Masters Union of Ireland which started in Letterkenny yesterday.

More than 100 delegates from across the country are expected at the conference whose theme is Open for Business.

General Secretary Brian McGann told the conference that the union’s 1,100 members are more than willing to utilise the new technology installed in local post offices recently.

He added that this technology can be used to extend a range of services including allowing people to pay motor tax and a range of other services. 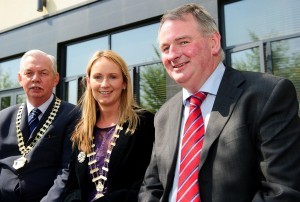 “The technology is there are we want to embrace these services because we fell the post office has so much more to offer the customer,” he said.

*ALL PICTURES BY CLIVE WASSON PHOTOGRAPHY