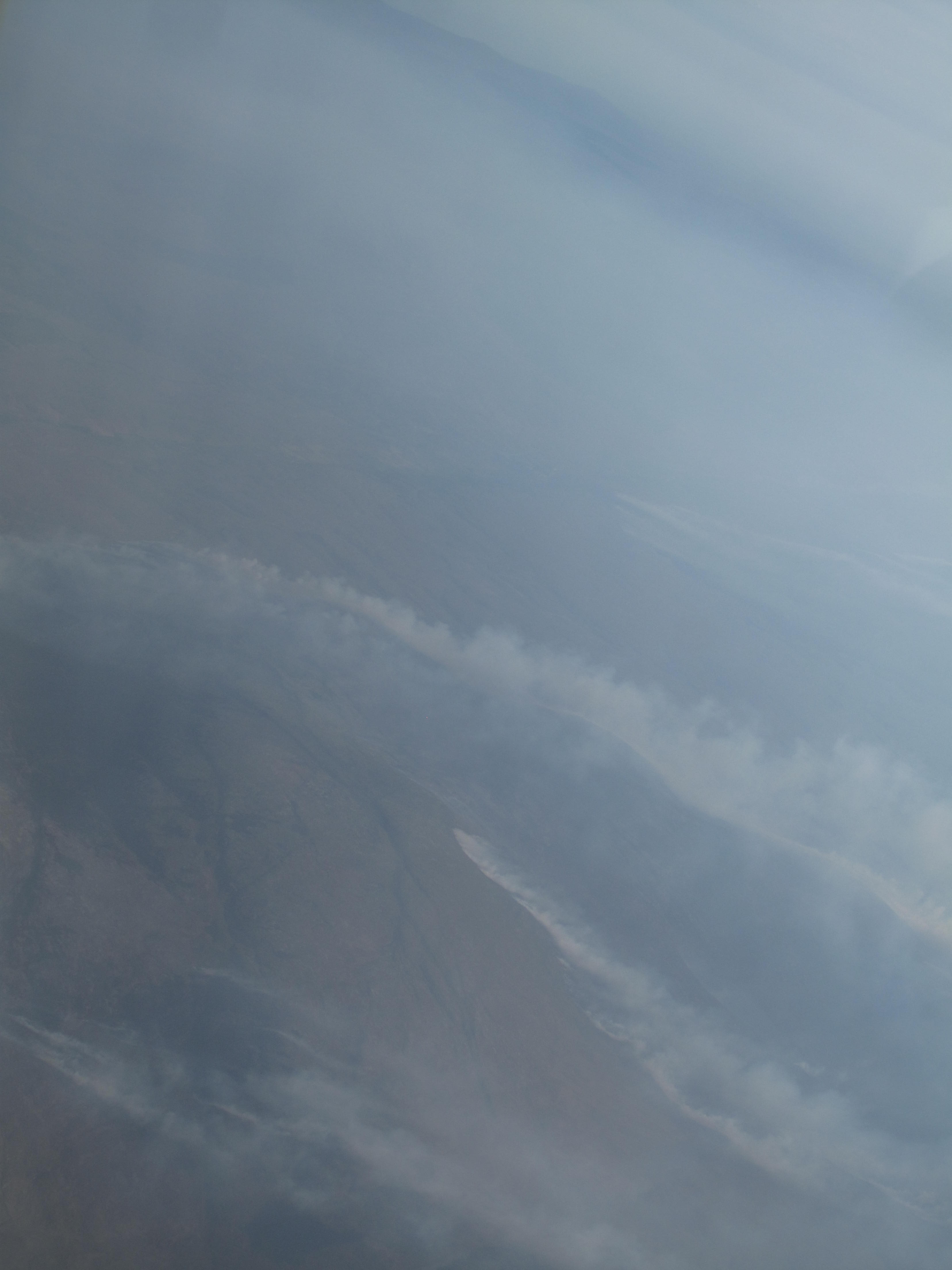 THIS was the incredible scene of the Donegal gorse fires last night – taken from 3,000 feet above the inferno.

Gaoth Dobhair man Padraig O’Gallachoir took the sequence of helicopter pictures as he prepared to board an Aer Arann flight from Carrickfin to Dublin last night.

He took the aerial shots once the plane had taken off.

Defence force personnel have joined firefighters in an exhausting battle against the flames.

Mr O’Gallachoir told us: “Our flight was delayed because the Air Corps helicopter was using Carrickfin as a base. When it did take off and we went up, all you could see for miles were burning gorse fires.”

Two of the Air Corps AW139 helicopters were fitted with “Bambi” underslung buckets to drop 1,200 litres of water at a time from the air.

Justice Minister Alan Shatter has paid tribute to the Defence Forces and “all those personnel involved” in the efforts.

Mr Gallagher wants a full investigation into the cause of the worse incidents in Donegal. We understand the fires were started deliberately.

One blaze from Doochary, Lettermacaward and Dungloe now stretches for 12 miles.

Other forest fires were also being tackled at the Knather near Ballyshannon, and in the Fanad and Inishowen peninsulas, according to Donegal acting chief fire officer Bobby McMenamin.

More than 100 firefighters are now involved in the fight against the infernos.

Mr McMenamin said they are tackling the blaze as best they can.

“It’s a huge challenge and out resources are stretched to the limit. Our men have been flat out but we are operating with limited resources.

“This is a huge fire which got worse overnight and we have a very long day ahead of us to get it under control,” he said.

The fires are causing huge problems for elderly residents and people suffering from asthma.

Doctors are advising patients to stay indoors or leave the affected areas until the fires have been extinguished.

The fires have been whipped up by gusting winds; and being driven by the fact the gorse and heathers are more easily burned due to the severe frost during the winter.

The Donegal gorse fires are also making headlines around the world, with newspapers in America, Europe and Australia reporting the 12-mile long fire in west Donegal.

Gardai meanwhile are investigating how the fires began.

They are urging anyone with information to contact their local station.

GORSE FIRE HELL: THE INCREDIBLE AERIAL PICTURES OF THE UNENDING INFERNO was last modified: May 2nd, 2011 by admin