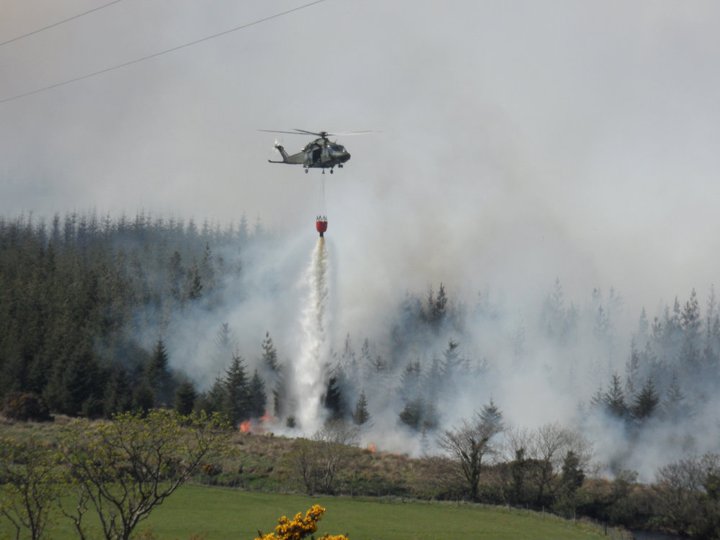 BREAKING NEWS: CHOPPERS CALLED OUT AS GLENTIES HIT BY ANOTHER GORSE FIRE

BREAKING NEWS: Air Corps helicopters have been called out yet again in the past half hour as another gorse fire rages near Glenties.

Flames up to 4oft high are leaping from the blaze in the ‘the Crows’ in the glen of Glenties.

In the past few minutes a local woman has told us: “The helicopter is at the scene again.

“And there are firefighters on the ground helping to fight the fire.

“It’s as bad as anything we’ve seen in the past few days. There’s a forecast for rain and as far as we are concerned it can’t come quickly enough.”

BREAKING NEWS: CHOPPERS CALLED OUT AS GLENTIES HIT BY ANOTHER GORSE FIRE was last modified: May 4th, 2011 by admin