WILDLIFE IN DONEGAL HAS BEEN DECIMATED AFTER FIRES – BIRDWATCH IRELAND

written by Stephen Maguire May 4, 2011
FacebookTweetLinkedInPrint

A number of species of birds are now under threat after the gorse fires of recent days which destroyed tens of thousands of acres of land across County Donegal, Birdwatch Ireland has revealed. 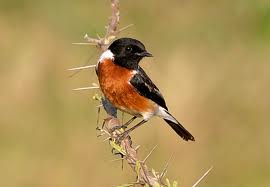 Thousands of birds including Stonechats, Whitethroats, Linnets, Blackbirds, Dunnocks and Meadow Pipits have been decimated in the middle of the nesting season.

Niall Hatch of Birdwatch Ireland said the fires have wiped out many species and many will find it difficult to breed again.

“We have only got over two hard winters which has left the numbers of birds well down.

“But these fires have now decimated many species. We are in the middle of the nesting season and tens of thousands of chicks and eggs have been destroyed.

“Birds like the Stonechat, the Whitethroat as well as more common birds like Linnets and Blackbirds have been decimated because of the fires,” he said.

Another rare bird, the cuckoo, which has large numbers in Donegal will also suffer because it nests in other bird’s nest. 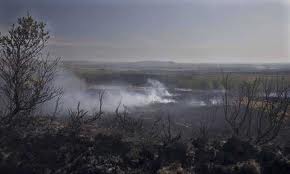 “There’s no question that cuckoo numbers will now also be under threat,” he said.

And Mr Hatch also revealed how birds which survived the fires will also find food scarce after millions of insects and other food supplies were also destroyed in the infernos.

“These fires are going to have a huge knock-on effect for many years to come. And the loss of a large section of the food chain including insect life will upset the entire food chain.

“Thankfully no human life has been lost but the impact on wildlife has been enormous and that is often overlooked,” he said.

WILDLIFE IN DONEGAL HAS BEEN DECIMATED AFTER FIRES – BIRDWATCH IRELAND was last modified: May 3rd, 2011 by Stephen Maguire
FacebookTweetLinkedInPrint
Tags:
Birdwatch Irelanddonegalwildlife decimated