written by Stephen Maguire May 19, 2011
FacebookTweetLinkedInPrint 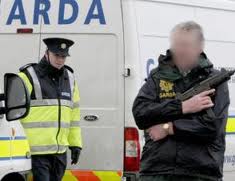 UPDATED: Two men were arrested yesterday evening after armed Gardai swooped on a car on the outskirts of Letterkenny are still being held this morning.

More than €2,000 of cannabis was found in the car which was stopped by Gardai close to the Dry Arch Roundabout at around 5.30pm.

Gardai surrounded the car and arrested the occupants after recovering approximately €2,200 worth of drugs.

The two men, both in their late 30s, were arrested under Section 4 of the Criminal Justice Act 1984 and were being questioned at Letterkenny Garda station.

The arrests follow another major drugs find in nearby Buncrana on Sunday evening last when Gardai discovered €190,000 or herbal cannabis in a house.

Three men were arrested following the house which was elaborately set-up to grow the drugs.

Gardai say they do not know yet if the two cases are linked.