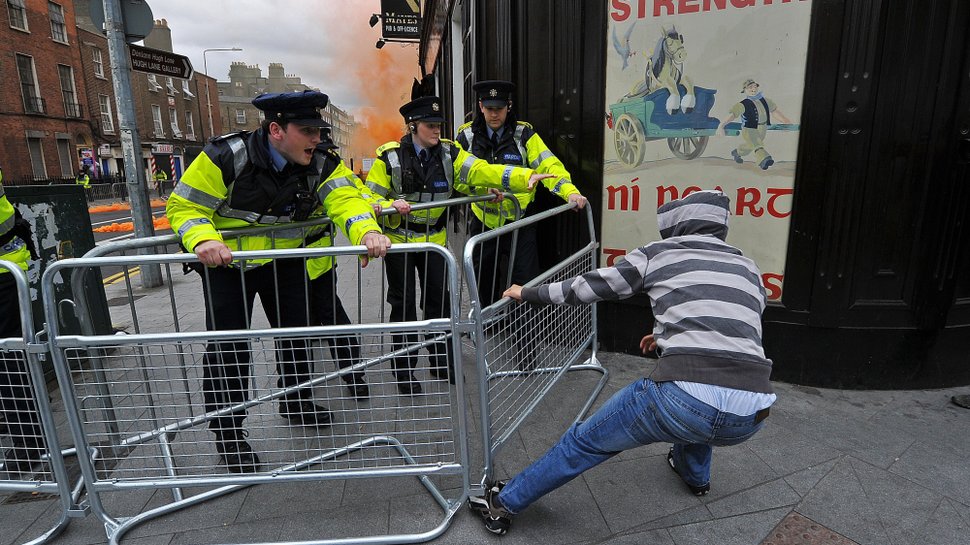 DONEGAL Gardai were in the thick of the action as protestors continued to try to disrupt Queen Elizabeth’s visit to Ireland.

Marty, from Gartan, is now based in Castlebar and is a well-known and popular figure around the county.

More than 100 Gardai from across the county were deployed to Dublin for the Queen’s visit.

The move led to the forced cancellation of some court sittings and inquest hearings.

There had been fears that dissident republicans would use the occasion and the lack of Garda cover to carry out crimes across the county.

However as the Queen prepares to leave the country after her four day visit, it appears that no major crime was carried out.

PICTURE EXCLUSIVE: DONEGAL GARDAI IN THICK OF PROTESTORS DURING QUEEN’S VISIT was last modified: May 19th, 2011 by Stephen Maguire