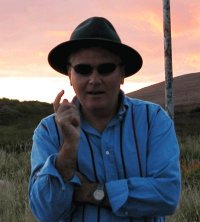 With President Obama’s visit this Monday beginning to cause a media frenzy, a Donegal man faces the tough challenge of organising the first celebratory Presidential gathering this weekend.

Sean will host a special Q&A discussion with expert guests as well as open the Dublin premiere of a documentary film charting Obama’s familiar links to Ireland dating back to the famine.

Well-known author and film producer, Don Mullan, from Derry, is one of the event guests.

Democrats Abroad is the official overseas arm of the Democratic Party and hosts a series of activities.

“Obviously the visit of President Obama reinforces the close bonds that already exists between the two countries, and brings much needed positive promotion for Ireland globally when confidence in Ireland is low, but it also boosts Democrats Abroad Ireland and its efforts to register as many Democrat voters as possible in Ireland before next year’s big presidential election in the US,” said Sean today.

“A second four-year term is very important for many of the key social and economic initiatives that have been launched already in the US to reach full fruition and the benefits felt.

“According to US Embassy statistics in Dublin there are around 100,000 registered US voters now living in Ireland and over the next eighteen months we will be doing our best to reach out to them to vote for the right candidate, the incumbent.”

Dublin-based Dennis Desmond, chairperson of Democrats Abroad Ireland, said of Obama, “He passed financial industry reform; he saved the American auto industry; he passed health insurance reform against all odds; he brought an end to the war in Iraq; he has lifted America’s image abroad; and he is a son of Ireland.

“Yes we can” was his campaign slogan and yes he has. Barack Obama is a President Democrats are proud of and we are delighted to show off his Irish roots.”

Director, Gabriel Murray, and producer, Don McGuinness, have created a 90-minute film covering the 8,000km journey from Moneygall, to Hawaii via Maryland, Indiana and Kansas by President Obama’s relatives from famine-stricken Ireland. It is entitled simply, ‘Barack Obama’s Irish Roots.’

Mullan, author and documentary film-maker, whose many books include The Narrative of Frederick Douglass–An American Slave and his boyhood memoir The Boy Who Wanted to Fly, about a man who was an inspiration to a young Obama as he entered politics, is also a guest speaker.

Douglass, American 19th century orator, writer and abolitionist, was founder of the Civil Rights Movement in America. He visited Ireland and was inspired by ‘The Liberator,’ Daniel O’Connell.

DONEGAL MAN BEHIND OBAMA VISIT CELEBRATIONS was last modified: May 21st, 2011 by admin