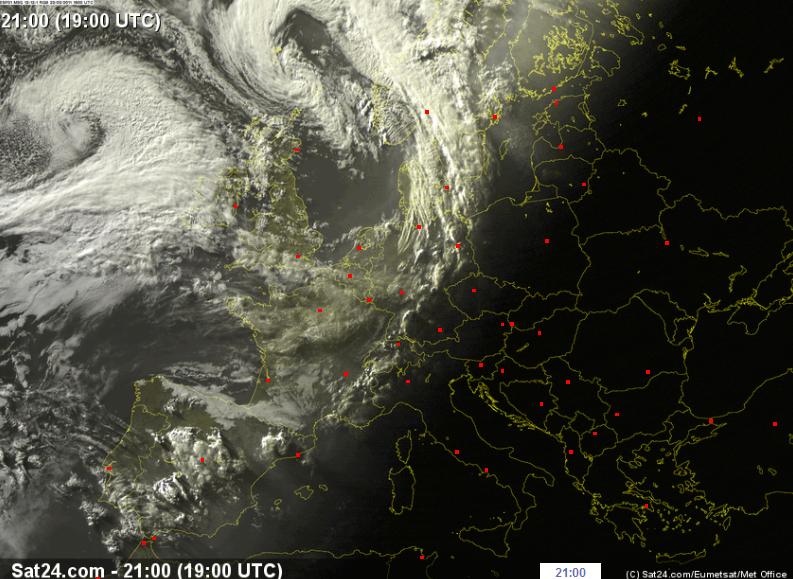 DONEGAL is being lashed by a Force 10 storm today – with the worst yet to come.

Experts say winds of up to 140 km/hr (90 mp/h) began around 3am this morning and gusts could get even faster as the day goes on.

There are already reports of trees down in several areas of the county this morning while Mulroy Bridge at Fanad has been closed until at least this afternoon.

Gardai are appealing to motorists to slow down as a combination of high winds and heavy rain has made driving extremely hazardous on many roads.

Pictured is the eye of the storm taken by satellite at 10pm last night (Sunday) as it headed for Ireland.

“The the peak gustiness is likely to develop around 0900h to 1200h on the west coast and just slightly later than that elsewhere.

“There is some tendency on the model charts to depict this as a mainly for the northwest counties windstorm, but I suspect that very strong gusts will develop in almost all regions as the jet stream appears to be very strong across the southern half of the country.

“This will interact with any showers that develop along the fast-moving fronts and following troughs, to “mix down” the stronger winds aloft towards the surface.

“My predictions for maximum wind gusts would be around 80 knots in the northwest (this equates to about 90 mph or 140 km/hr) and 60-65 knots or about 70 mph (110 km/hr) in more exposed parts of the south and east…there is always the risk of tornadic wind streaks in a situation like this.”

He added that the maximum risk is between 10am and 1pm today.

Flights are being disrupted from local airports.