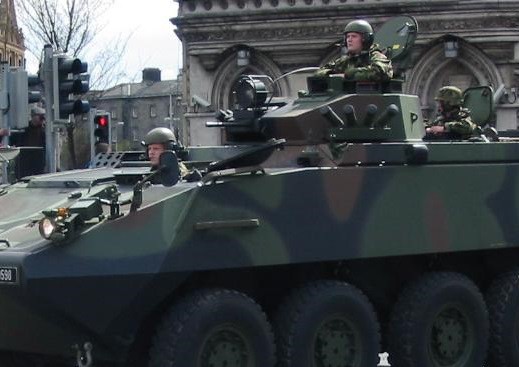 THE Defence Forces are set to splash more than €1 million on new locker rooms for soldiers in Co Donegal, donegaldaily has learned.

Contractors have already been given the go-ahead for the work which is taking place at a time of massive cutbacks in healthcare and in schools.

The mechanical and electrical sub-contractors have now been appointed for the construction of a new locker changing facility at Finner Camp, Ballyshannon.

Thomas Hanna & Company plus Eamon McGauran & Son Limited will carry out the work.

The works will comprise of the construction of a building to house lockers, changing areas and associated shower and toilet facilities.

It is expected to take six months to complete the works.

Asked about the scheme, a Defence Forces source insisted the work was ‘incredibly urgent’.

The source insisted: “The old facilities belonged to the dark ages. They were well past their ‘use by’ date.

“Soldiers at Finner have been waiting for years for this upgrade and we believe it is money well spent.”

The source added that the work had created local jobs.

GOVERNMENT SPLASHES OUT €1 MILLION ON NEW LOCKERS FOR DONEGAL DEFENCE FORCES BASE was last modified: May 25th, 2011 by admin