Donegal’s deputy Mayor has welcomed support for a full Independent Investigation into the murder of Cllr Eddie Fullerton at the monthly sitting of the Border Regional Authority in the county house in Lifford. 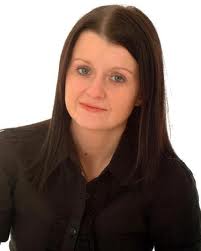 Cllr Marie-Therese Gallagher said the only way to find answers to the murder of the Buncrana councillor was through an independent enquiry.

Cllr Gallagher said “Today is the 20th anniversary of the Assassination of Cllr Eddie Fullerton, over the past 20 years Eddies family, friends and local community have continued to seek the truth surrounding his murder.

“I feel it is appropriate that sitting here in Lifford today, in the very room that Eddie Fullerton represented the people of Donegal, that we renew the call for an independent enquiry to be established to answer the many questions that remain unanswered.

“Eddie Fullerton’s murder in Donegal was a shocking incident in which agents of the British state specifically targeted one of the most effective and determined local councillors ever to represent Sinn Féin and indeed this local Authority.”

“I welcome that members of the Border Regional Authority support the call for truth and justice and pledge their support for an independent enquiry.”

“The BRA is represented of public representatives from Louth, Monaghan, Cavan, Leitrim and Donegal, all counties that have been affected detrimentally by the partition of this country.”

Cllr Fullerton was gunned down in his Buncrana home in 1991 in front of his wife.

His killers have never been caught.

A full programme of events including the unveiling of a memorial stone will take place to commemorate Cllr Fullerton’s death this Sunday in Buncrana.