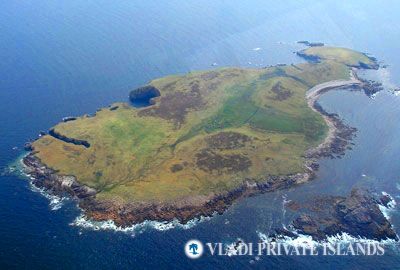 DONEGAL ISLAND GOES ON THE MARKET FOR €1MILLION

THE owner of Inishdooey Island off Magheraroarty has gone on the market with a price tag of a whopping €1M – but even the owner thinks it’s a bit steep.

Falcarragh man Mark McClafferty, who works in England as a long distance lorry driver, inherited the island from his late grandfather Vin Duggan.

Lying three miles off shore, the 94-acre island is a haven for wildlife.

Mr McClafferty has hired specialist company Vladi Private Islands to sell the land which comes with the ruins of a house and the remains of a church.

He admitted the asking price was ‘a bit over-inflated’ for the current economic climate, but added: “I decided to put it on the market to see if there would be any interest in it. It is an amazingly beautiful place.”

So far – according to his agents – there have been no offers.

DONEGAL ISLAND GOES ON THE MARKET FOR €1MILLION was last modified: May 26th, 2011 by admin