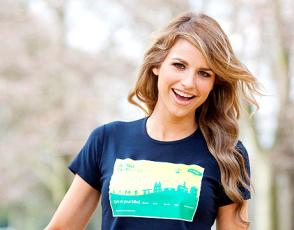 HAS DJ QUIT LETTERKENNY NITECLUB FOR LOVE WITH BRIAN McFADDEN?

Brian McFadden has flown new love Vogue Williams to Australia, sparking rumours that she may quit her role at a Letterkenny club to spend more time with him

The pair were photographed earlier today going through Sydney airport. McFadden is working in Australia currently as a judge on Australia’s Got Talent.

Rumours have surrounded McFadden and Williams since they met in April at Voodoo where Williams is a regular DJ.

Vogue, a star of RTE’s scripted reality show Fade Street is a regular on the Dublin social scene and is signed with top model agency Assets.

Today a close friend said: “She has fallen for Brian. They really fell for each other when they stayed at the Station House Hotel in Letterkenny last month.

“They are definitely an item, so I doubt if she will be back at Voodoo anytime soon. She just won’t have the time.”