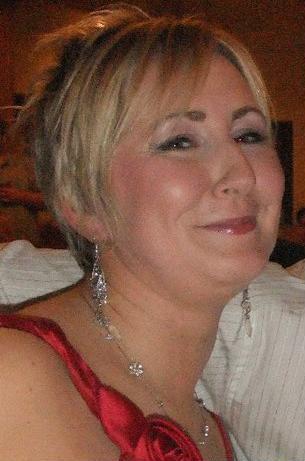 Irish band Director have been announced as one of the many bands playing at the 2011 Blue Jean Country Queen Festival.

The award winning rock quartet will take to the stage on Saturday 4th June in the small town of Athboy, Co. Meath where the annual event takes place.

Coupled with the fact that award winning production company ‘Mind the Gap Films’ will be filming this years festival for a TV3 documentary, there is great excitement surrounding what promises to one of the better summer festivals.

Siobhan Coyle is Donegal’s representative in the 2011 Festival,  the twenty fourth to date organised by Meath Macra na Feirme.

Siobhan and the other thirty-one expected Queens are guaranteed a fun-filled, action packed weekend.  From Friday 3rd June when they are interviewed on Stage in the Old Darnley Lodge Hotel, to the final music session on Bank Holiday Monday afternoon, they have a hectic schedule.

Saturday afternoon sees Siobhan and the other Queens taking to the streets for a carnival which guarantees fun and frolics for all the family.  While on Sunday the Queens will change from fancy dress to modelling dress to formal dress all within twelve hours!

Among the top national artists on this year’s programme are DIRECTOR, who along with Navan band THE MYTH play in the Festival marquee on Saturday 4th June, and LEBOWSKI who play on Sunday 5th June.  The presence of Matt Leavy, Buck Mulligan’s Nite Club and Old Stagecoach on the itinerary ensure that all tastes are catered for.

Siobhan herself is a 31 year old member of Mevagh branch of Macra na Feirme and is a Research Student. Her hobbies include Jujitsu, Dancing, Community activism and of course Macra.

Although fun is the name of the game Siobhan and the other Queens will be competing for some wonderful prizes.  First prize sponsored by Farrelly Brothers Agricultural Contractors is €1500 and the title of Blue Jean Country Queen 2011.  The runner-up will receive €750 sponsored by Stephens Cooke & Co, while the winner of third prize receives €350 sponsored by Gilsenan Brothers.

The winner of 2011 Blue Jean Country Queen title will be announced at midnight on Sunday 5th June and will be crowned by reigning queen, Meath’s Celine Smyth.  This year they will also receive a specially commissioned tiara sponsored by goldsmith Sara Hunter.

Tickets can be bought online at www.bluejeanfest.com and can also be bought on the door but banquet tickets must be booked in advance.  For Ticket Sales and Enquiries call 087-2154729.

DONEGAL’S SIOBHAN BIDS TO BE BLUE JEAN COUNTRY QUEEN was last modified: May 30th, 2011 by admin