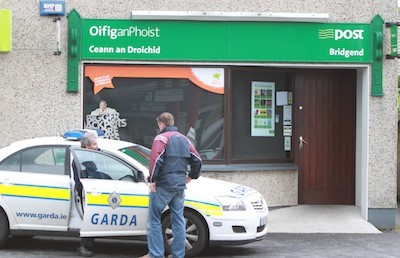 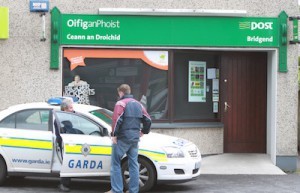 PSNI and Garda officers are hunting an armed three man gang who robbed the post office at Bridgend today.

The thugs threatened staff and customers before making off with cash.

The thieves escaped in a stolen silver Volvo car and were seen speeding across the Border into Derry.

It’s understood the raiders made off with a substantial sum of cash in the lunchtime attack.

A Garda forensic team has arrived at the scene and has begun an operation there.

A Garda source confirmed that they believed the robbers did escape into the North and that PSNI detectives have been alerted.

Staff and members of the public who were in the post office at the time were not physically injured but were badly shaken afterwards.

The source added: “This was a well-planned robbery and we believe those responsible may have been preparing for some time.

“The post office was busy at the time and a large sum of money was taken.” 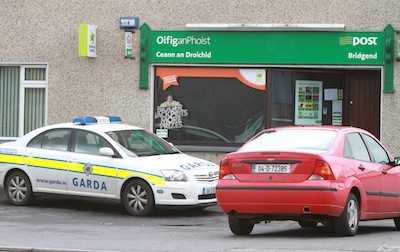