EXCLUSIVE: Celtic star Paddy McCourt has tied the knot and chose Donegal as the setting for his wedding. 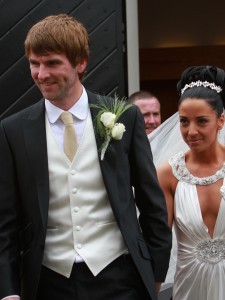 The former Derry City striker, 27, got married in Our Lady of Lourdes Church in Steelstown and was surrounded by a host of fellow football stars.

But McCourt, who joined the Scottish giants from Derry City in 2008, didn’t forget about his old friends and was joined by former team-mates Peter Hutton and manager Stephen Kenny.

Another familiar face was Millwall goalkeeper David Forde, who made his competitive debut for Ireland against Italy last week.

Celtic boss Neil Lennon was not at the wedding having already arranged another holiday abroad.

After making a quick dash from the church, the bride and groom and their two children, were whisked away to the five star Solis Lough Eske Castle outside Donegal Town. 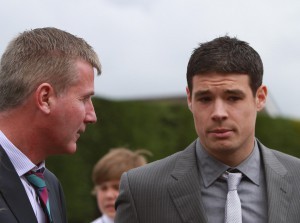 More than 200 guests will be treated to a lavish champagne reception in the grounds of the luxury hotel where security was tight today.

As well as local entertainment it was rumoured that popstar and Celtic fan Paolo Nutini had been booked to play at the reception.

A source revealed “Paddy and Paolo know eachother and Paolo had been invited to the wedding anyway. I think he’s going to play a few songs but I don’t think he’ll be asking for a fee. 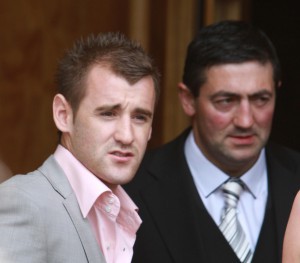 “Staff at the hotel have been sworn to secrecy not to talk about the wedding. Paddy and Laura didn’t want to make a big fuss about it. They have been going out for years.”

ALL PICTURES BY KIND PERMISSION OF NEWSPIXIRL

Four assaults in one night in Letterkenny