MYSTERY AFTER MAN DISCOVERED IN SEMI-CONSCIOUS STATE NEAR RATHMULLAN BEACH

An 19 year old man is in hospital after being found in a semi-conscious state on a beach near Rathmullan. 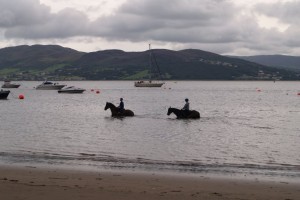 The man was found by a passer-by at a place known as Batt’s Walk near the scenic coastal village around 3.45pm yesterday afternoon.

The shock discovery was made by a man out walking close to the well-known Rathmullan House Hotel.

The victim, who is believed to be from Killavee in Portsalon, is believed to have been lying on the beach overnight in close to freezing temperatures.

Gardai are trying to establish if the man was at an earlier beach party which was held locally on Thursday night.

He was rushed to Letterkenny General Hospital but due to new HSE guidelines, staff are refusing to comment on his condition.

A spokesman for the Garda press office said they have not received a criminal complaint in relation to the man’s discovery.

However sources at Letterkenny General Hospital said the man has since been transferred to Beaumont Hospital in Dublin  and may have suffered head injuries.

A source revealed “He’s very lucky he was found when he was. Any longer and it could have been even more serious.

“Exactly what happened to him is a mystery at the moment but there was a beach party on Thursday night and there are rumours that he was at it.”