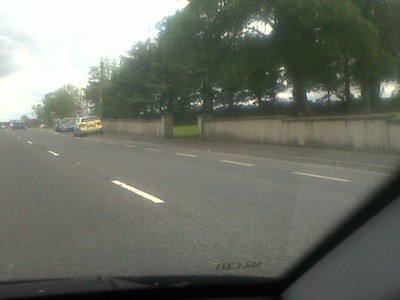 IT’S Friday afternoon on the Border between Donegal and Derry, just after quarter to three.

Parked one foot south of the Border is a Garda patrol car. Six feet inside the North is parked a PSNI armoured unmarked car.

The PSNI officer appears to be alone and sitting in the driver’s seat of his car.

Leaning in the passenger window is a lone Garda.

They chatted for 15 minutes before both cars drove off.

It is – say Garda and PSNI sources – evidence of a level of co-operation between the two forces which would not have happened just a few years ago.

Said one source: “This is a regular occurrence and there was clearly no attempt to hide this conversation which took place in front of dozens of passing motorists.

“We cooperate on a whole range of issues to do with crime.”

Co-operation has grown more since dissident terrorists stepped up their campaign in recent months.