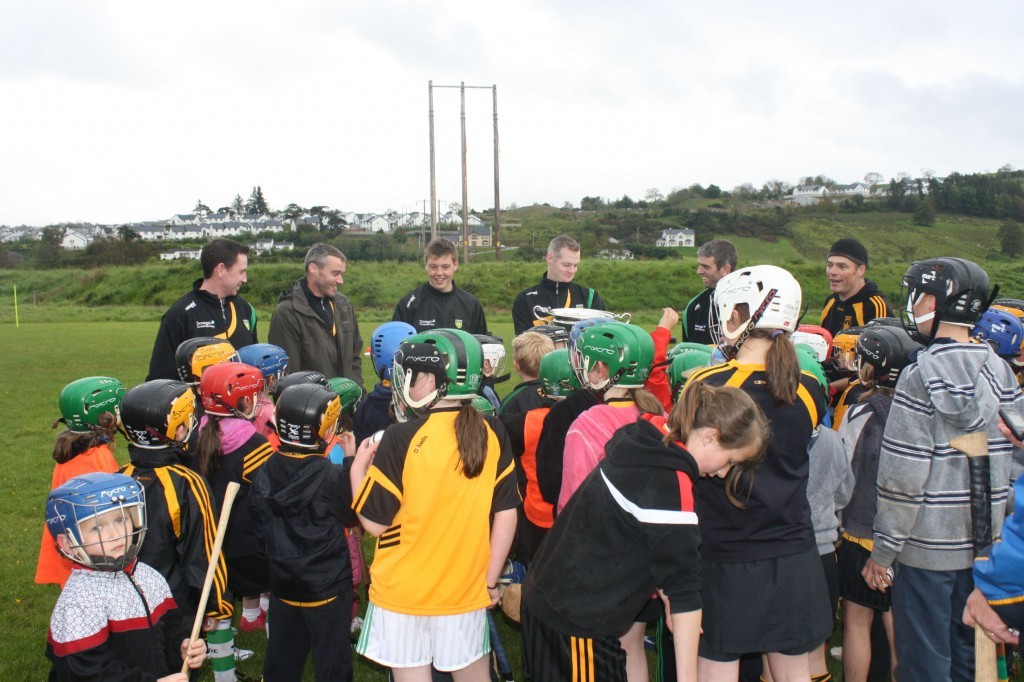 Dozens of young hurlers from Under 6 to Under 10 age groups got to chat to five of the Donegal team which won the cup last weekend.

Organiser and St.Eunan’s hurling coach Eunan O’Donnell thanked all the lads for turning up with the cup which he said was a brilliant experience for all the young players.