A well-known Letterkenny live music venue is looking forward to its very first collaboration with the Earagail Arts Festival in County Donegal this year, which will see them start a new concept to promote live and original talent from around the country. 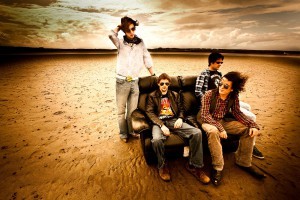 Voodoo Lounge is hosting the first New Music Live Sessions as part of this year’s festival which will welcome lots of great acts to showcase their original talent.

“This is our first year to be working with the Earagail Arts Festival and we’re really looking forward to it,” said proprietor Jason Black.

“Our Blueckstacks Jam Club on Sundays is about to celebrate its first anniversary and as a business we are aiming to continue o build on this in the promotion of live music.”

“We are working on creating a new music collective to hold a monthly live music event at Voodoo and we’re currently in discussion with an agency in Dublin, First Contact Music to bring lots of new artists here to the North West.

“It is on foot of this that we approached Earagail Arts, who make a very valued contribution to supporting original artists and we’re delighted to come on board for the first time.”

The first New Music Live Sessions on July 17 will feature a host of talent from Donegal and around the country. “We are very proud to be able to showcase not only great acts from outside the county, but also the likes of Declan McClafferty from Downings who has been making huge waves on the local music scene over the past year.

“Also appearing on the night will be Oddsocks Revival from Sligo, who recently launched their album here at Voodoo Lounge, Sligo instrumental duo Túcan and El Hombre Jokes so it should make for a very entertaining night of great talent as part of Earagail Arts Festival.”