THEFT FROM PATIENT AT DUNGLOE CARE UNIT IS SECOND SUCH INCIDENT

The theft of a substantial amount of cash from a mental health patient is the SECOND such incident – at the same unit. 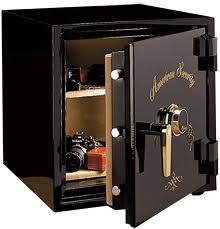 A Garda spokesman has confirmed to Donegaldaily.com they are aware of an incident at Park House, a residential care unit in Dungloe at which cash was taken from a safe.

The cash, believed to be several hundred euro, was being held in trust for the patient, but has since disappeared.

The Garda spokesman admitted “We are aware of the incident but we have not received an official complaint so we cannot formally investigate the matter.”

Now we have learned that this is the second such incident at the same care unit in recent times.

A perfectly-place source told us “This is the second time an amount of cash has gone missing form the safe at park House.

“The person was reimbursed.

“Because no complaint has been made to the Gardai, there will be no investigation again.

“But the person whose money was taken will have to get it back some way because the theft took place on HSE property.”

The HSE Director of Nursing for Donegal, Mr Kevin Mills and Gardai are due to meet at the unit to discuss the incident in the next few days.

The 13 staff at the unit are said to be ‘horrified’ at the theft and the thought of someone breaking into the HSE-owned safe has ‘devastated’ them.

A formal complaint was made to the HSE by the victim’s family after the money went missing.

In line with recent HSE policy regarding press queries, the authority has refused to comment on the matter.

However the HSE source confirmed to donegaldaily.com that the theft is a major source of embarrassment for the health authority.

The source said there was genuine concern why such a large amount of money belonging to a patient was being kept in a safe belonging to the HSE.

“People are asking why such a large amount of a patient’s money was being held for safe-keeping in a safe at a residential unit? That should never have happened. The HSE is not a bank or a post-office.

“Staff are horrified and devastated that someone could get access to the safe and take this money.

“This has serious implications for the security of the unit,” said the source.

There are approximately 13 patients at Park House at any one time.

The unit is one of four residential units for mental health patients in Donegal – the other three being in Donegal Town, Carndonagh and Letterkenny.