This weekend the sheltered waters of Lough Swilly will come alive with sails big and small, with the slap of oars and paddles. 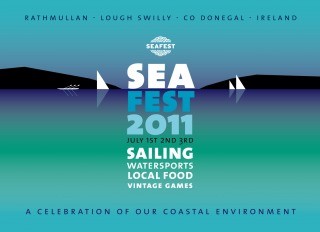 The shoreline and the golden sands of its beaches will play natural backdrop to theatre and games, to families and friends celebrating in the unique surroundings of our coastal environment.

On the tables in the courtyard of Rathmullan’s historic Battery there will be an abundance of Donegal’s local food culture: fresh fish and shellfish from local waters; lamb, beef and pork from local fields – all of it turned into an exceptionally simple menu of regional cuisine by talented local chefs.

“We wanted this to be an event for everyone,” says Mark Wheeler of Rathmullan House and one of the driving forces behind SeaFest.

“For sailors and watersports enthusiasts, be they experienced or novices; for families in search of something active to do with the kids; for people who simply take pleasure in being at the seaside; and of course for everyone who enjoys good local food.”

The event will open on Friday evening, 1st July, with the launch of MalinWaters, a new cross-border marine tourism intiative for the the shared maritime zone between Northern Ireland, North West Ireland, and Scotland. MalinWaters is part financed by the European Union’s European Regional Development Fund through INTERREG IVA Cross-Border Programme.

“We are delighted to be part of the SeaFest event as it reflects exactly what the project partners are trying to achieve with our new MalinWaters tourism brand,” says Lee-Anne Doherty, the project’s Marketing Officer.

On Saturday the action on the water kicks off in earnest with the Saldanha Cup, a traditional cruiser-racer sailing regatta commemorating the 200th anniversary of the sinking of the frigate, the HMS Saldanha. The regatta will start and finish off the pier in Rathmullan with a course taking in the site of the Saldanha wreck near spellbinding Ballymastocker Strand. 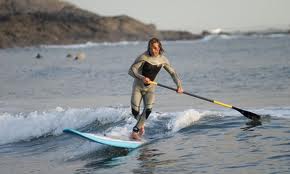 While the big boats are busy chasing each other up Lough Swilly, the smaller sails will come out to play in the windsurfing competition and SeaFest’s dinghy regatta.

“For both of these we’re using formats for varying skill levels and want to encourage as many people to take part as possible,” says Rick LeVert, another of the event’s organisers and one of the volunteers leading Rathmullan’s community sailing and watersports school.

“Our main emphasis is on participation, getting active. The windsurfing is being run in heats around a figure-of-eight course. For the dinghies, we’re running a mixed fleet race around an Olympic-style course, but as soon as we have more than six boats of any one design, we’ll split them off into their own fleet to create a more competitive format for them.”

But not all the action on the water will be under sail.

On Sunday, 2nd July, paddle- board racing moves centre stage on the programme. Joining them on the water will be a fleet of traditional currachs, going head-to-head in an event that could well end up being the highlight of the entire weekend.

“In a sense, we wanted to return to the traditional style of a regatta that used to take place on Lough Swilly going as far back as the 1830s,” says Mark Wheeler.

”Those events combined sailing with rowing. They were highly spectator-friendly, and more of a community celebration than the specialist events that many modern regattas have become.”

The SeaFest shore-side programme is being assembled by the experts at the Earagail Arts Festival.

Here too the emphasis is on tradition and activity. ”At the heart of the programme are what we call vintage games,” says Earagail Arts Director, Paul Brown.

”These are the traditional classics we all know and love – egg-and-spoon and sack races, sideshow standards such as the dunking booth and ring the bell – but presented with a real sense of drama, comedy, and excitement.”

That same sense of drama and excitement is on the menu in the courtyard of Rathmullan’s historic Battery, where local organic pigs will be spit-roasted and fish from local waters smoked for all to see.

“The experience will be as much about the theatre of great food as the taste,” says Mark Wheeler. 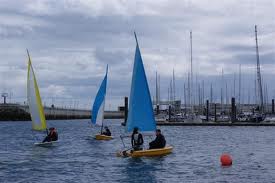 ”We also have an adventurous culinary side programme planned, ranging from coastal foraging and kitchen gardening to butchery and baking demonstrations.”

So, whether you’re a water rat, landlubber, or food lover, put SeaFest in your diary for the 1st, 2nd, and 3rd of July.

ALL ABOARD FOR SEAFEST 2011 was last modified: June 30th, 2011 by Stephen Maguire
Tags:
seafest