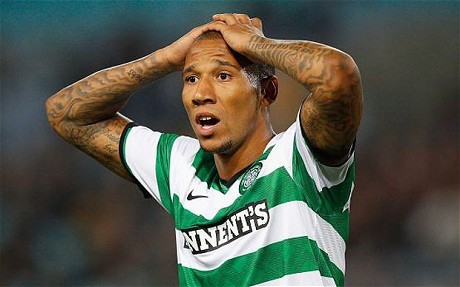 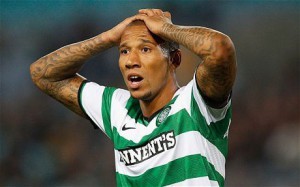 THE Hoops lost their first pre-season game on their tour of Australia – but manager Neil Lennon was happy with the showing of a second string team.

Celtic had only three members of their Scottish Cup-winning side in their starting line-up as they lost 1-0 to the Central Coast Mariners in Gosford, north of Sydney.

They dominated possession and chances but were undone by a late goal from substitute Troy Hearfield.

Lennon was upbeat despite the defeat, saying that his side only had limited preparation time after arriving in Australia last Wednesday.

“Considering the lack of preparation we’ve had, for me, this was always going to be the toughest game of the tour,” Lennon said.

“We’ve got a week now to prepare for Perth and 10 days for Melbourne (Victory), so if that’s a marker for the rest of the tour, then I’m pretty pleased with it.”

Kris Commons and defenders Charlie Mulgrew and Thomas Rogne, who all missed the Mariners match, will be available to face Perth Glory next Saturday.

He will also have four more internationals – Greek striker Georgios Samaras, South Korean stars Cha Du-Ri and Ki Sung-Yueng and Swedish defender Daniel Majstorovic – arriving a day before the Perth game, but they are unlikely to play.

“We should have enough without those four to play in Perth and then they will play in the Melbourne game, that’s the plan anyway,” Lennon said.

The Manchester City striker spent five months on loan with Celtic, from Newcastle, in 2005.

Without so many top names, particularly in attack, Celtic struggled to create clear chances before falling to an 86th-minute goal from Hearfield after Joe Ledley failed to clear.

The closest Celtic came was in injury time when substitute Gary Hooper had a shot cleared off the line, before a strong penalty claim for handball was dismissed.

However, Lennon was satisfied with the way his side dominated possession in the ANZ Stadium following their long journey – six weeks to the day after their Scottish Cup final triumph over Motherwell.

Lennon, who gave debuts to Adam Matthews and Kelvin Wilson in defence, said: “The players’ condition and the quality, particularly second half, it was a remarkable performance when you consider the week they’ve been through.

“They’ve been travelling all the way over on Tuesday and Wednesday and then one day’s training, played very, very well second half and controlled the game.

“I thought they scored with their one shot on target but overall I’m delighted with the performance.”

Lennon was denied the chance to see potential transfer target Mustafa Amini 18, after the teenage midfielder hurt his groin.