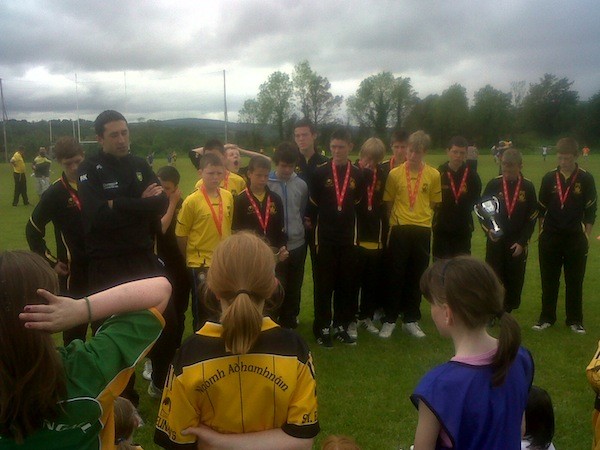 The St Eunan’s Under 14 boys team were given a heroes’ welcome as they paraded their All-Ireland trophy from their weekend victory in Cork.

The St. Eunan’s U14 Féile team landed their club’s first All-Ireland title in Pairc Uí Rinn when they defeated Ahan Gaels (Cork) by 0-11 to 0-02 in the final. (You can read a tournament report here: www.donegaldaily.com/2011/07/02/st-eunans-u-14s-win-all-ireland-title/).

And yesterday Kavanagh told young boys and girls that they could do the same some day. 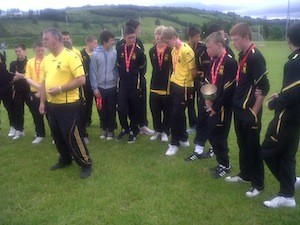 “When you wear the Black and Amber of St Eunan’s you should be proud to put on that jersey and represent your club,” he told them.

“You will form friendships which will last a lifetime. I am playing with boys now who I started playing with as an eight-year-old 20 years ago.”

Rory praised the Under 14 side for their achievements in Cork and told his young audience how proud he was to play for the county – particularly at Croke Park in the National League final win earlier this year. 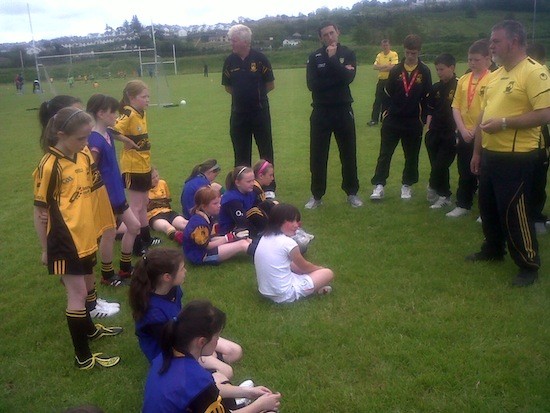