There has been widespread shock across the county following the news of the sudden death of Donegal’s first ever traffic warden Mickey Curran. 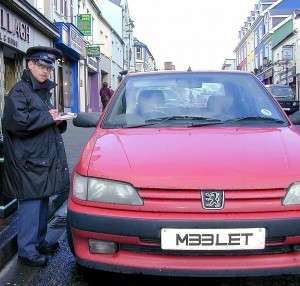 The well-known Letterkenny man was found dead at his home in the Long Lane area of the town earlier today.

Friends of Mr Curran, 52, who was affectionately known as ‘Wee Mickey’, became concerned for him after he had not been seen for a couple of days.

The last reported sighting of him was on Sunday night when he was out socialising with friends.

Cllr Blake nominated the late Mr Curran for the post back in 1994.

“I had not heard and I am very very, sad to hear it now. It’s such a shock.

“Mickey’s job was not the easiest in the world yet he approached it with good humour and treated everyone the same.

“I would like to extend my deepest sympathy to his family and friends,” he said.

Staff at the local town council offices, where Mr Curran was based, were still in shock after today’s news of his sudden passing.

Tributes have been flowing in for the council worker.

* Any tributes to Mickey can be left on the comments box below this story.