WE’RE COUNTING ‘THE MINUTES’ DOWN TO BEO’S LATEST PROJECT

Are your teenagers complaining they have nothing to do in Donegal this summer? 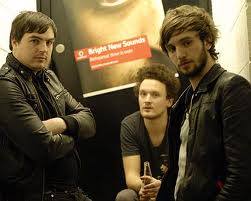 We can’t sort the summer but we can sort tomorrow at least.

BEO – the transition year grouping of a number of Letterkenny secondary schools have a range a band workshop and concert at the Regional Cultural Centre in Letterkenny.

The project is part of the Earagail Arts Festival and lasts almost the entire day.

Not only will it be a practical workshop in music and sound-checking, but it also features some of Ireland’s top bands including The Minutes and The Dirty 9s.

The Dirty 9s will kick off the day with a workshop in modern music and Irish which will last for 45 minutes.

This will be followed at 2.30pm by a soundcheck demonstration by The Minutes.

And at 6pm the gig itself kicks off proper with no less than SEVEN bands on the bill.

As well as The Minutes and The Dirty 9s, the rest of the line-up includes Don’t Lean Back, Jamaican Vampires, Tasty, Please Don’t Feed The Bassist and More Than Conquerors.

If you can get a ticket from organisers today it will cost you a ridiculous €5 and on the night it costs an equally reasonable €10.

All moody teenagers, especially those who claim they have nothing to do all summer, are invited.