If your holiday company is hitting choppy waters, then there’s only one person to call – Daniel O’Donnell. 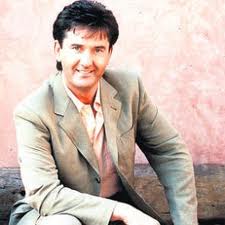 The Kincasslagh singer, 49, has single-handedly rescued the fortunes of a cruise ship and sold out the 2,000 places on board.

Demand for places on Gertrude Byrne Promotions’ trip to the Caribbean next February is greater than ever in its 25 year history.

Spaces on the cruise, which is a real crowd puller for the over 40s, were snapped up in less than two months.

Daniel heads a list of more than 40 Irish acts strutting their stuff on the cruise.

Others include Brendan Grace, Crystal Swing and Brendan Shine.

As well as performing three or four times on the cruise, Daniel will also perform a meet and greet with fans.

Disappointed Daniel fans who did not manage to get a cabin on this years cruise can always book for the 2013 holiday which the man himself has signed up to.

We always knew Daniel fans went a little overboard for their hero.

But we didn’t think they’d create this many waves.