Receivers have been slammed for trying to seek an order committing a seriously ill Donegal builder to jail. 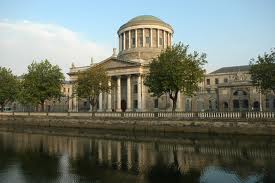 Well-known and respected builder Brendan Gildea has been ill for a number of months.

However receivers acting on behalf of National Irish Bank have today sought an order at the High Court to have him jailed amidst claims that €1.6 million was lodged into a bank account in the Isle of Man.

Mr Gildea, of Magharennan, went into receivership a number of weeks ago.

His assets were frozen after he failed to pay back debts of almost €6.4 million.

Today’s order to have Mr Gildea jailed was refused.

However solicitor Darren Gibson has slammed the tactics of the receivers in trying to put Mr Gildea behind bars.

“Mr Gildea has tried to co-operate with the receiver to the best of his abilities. “These efforts aren’t essentially being accepted and these tactics are being engaged in by the receivers,” he said.

He added that attempts to jail Mr Gildea were unprecedented.

“These type of tactics in commercial life, in my view, are unprecedented. This gentleman is under sustained attack at his own family home.

“The man is clearly very unwell. Both the courts, the National Irish Bank and the receivers have been put on notice of this situation,” he said.

Mr Gildea is one of the best-known and respected building contractors throughout Donegal.

He was responsible for building some of the most highly-regarded housing estates in Letterkenny and across Donegal in recent years.

Despite suffering from ill-health for a number of years, he was regularly seen at construction sites where he was highly-regarded by his staff.