Hello Everyone and welcome along to the 5th Country Corner. I hope you’s all enjoying it as much as I am writing it, keep your comments coming. 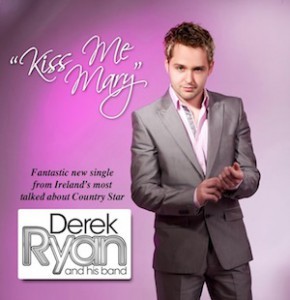 Derek Ryan is ready to launch his Brand New Single entitled – Kiss Me Mary – another song penned by the Young Carlow Man, Derek is the star that everyone is talking about. Check out dereks website www.derekryanmusic.com

Young Shannon Buston from Cashelmahon in Co.Limerick has just recorded her new video for the new single entitled – Coalminer’s Daughter – check it out – http://www.youtube.com/watch?v=xGy1U9HyR4E

Nathan Carter will be ready to release his new single in the next few weeks it’s a lovely Waltz called – The Dancer, this is on Nathan’s New CD called The Time Of Your Life and Nathan is certainly having that, check out www.nathancartermusic.com

Trevor Loughrey has just released his new single We Got Country. Trevor has picked up a few awards over the past few months, Trevor originally from Ramelton but living in Derry now. 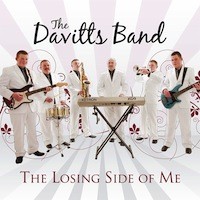 The Davitt’s Band from Wexford have released their latest single ‘The Losing Side Of Me. This is the third single from The Davitt’s who are based in Gorey, Co. Wexford, the others being ‘Stop Look Listen’ and ‘I Will Love You For Ever’, both of which were original songs, especially written for them. Further expanding their musical journey this year, The Davitt’s plan to release an album, this will include their three singles to date. 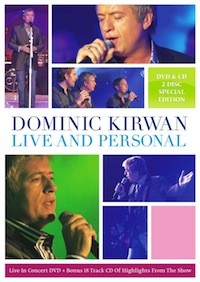 Dominic Kirwan is ready to release his New Dvd – Live And Personal this will be a great seller and im sure all the dominic kirwan fans will be buying this – this is released Aug 12th, also included is the parachute jump, and his 50th birthday celebrations, and interviews with the fans,

Margo is releasing a new single in the next few weeks an original song penned by PJ Murrihy – margo’s new album is out 5th August.

Robert Mizzell is putting the final touches to his new cd it should be out in about 3 weeks time, we at the Country Corner will be keeping u updated with the progress of it.

2011 Parade of The Stars Awards

Male Vocalist Of The Year

Female Vocalist of The Year

Songwriter of the year

Local Artist Of The Year

Group of The Year

Venue Of The Year

To Win a copy of Stephen Smyths New Cd – Irish Songs Country Style please answer the following question –
Q: Stephen Smyth used to play in a famous band what was the name of the  band called The ________.

Dont forget to tune into me on 105fm or 107.6fm or online at  www.icrfm.ie every Tuesday between 3pm and 4pm for the best in Irish Country Music. You can also get in touch with me at stephendoherty2008@gmail.com or visit my website which is www.keepitcountryradioshow.co.uk