Hello Everyone and welcome along to the 6th Country Corner. I hope you’s all enjoying it as much as I am writing it, keep your comments coming in if you have any photos of you with your fav Irish Country Stars please email them to me. 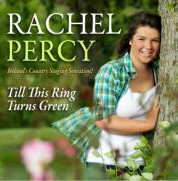 Rachel Percy from Randalstown has just released her 2nd CD entitled – Till This Ring Turns Green, 12 great numbers on this cd, you have the favourites like Blanket On The Ground, Next To You, Next To Me, and the old time waltzes – Someone From Home and Tennessee Waltz, as the title goes Rachel is Ireland’s Country Singing Senation she is certainly that.  The cd was recorded at Harmony Recording Studios in Letterkenny – a lot of top musicians played on this album.

Donegal Band – The Tractor Boys support the Donegal Football Team in The All Ireland Championship 2011 –  with the song called The Green and Gold Jersey of Tir Chonaill, check out the song at http://www.youtube.com/watch?v=fOcVFsZu4i0 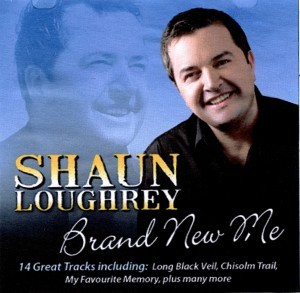 Billy Mc Farland is ready just to release his New Cd – The Best I Know How – Billy is no stranger to the music business – Billy has been singing for many years the popular singer from Ballymena – billy is famous for his trumpet playing – check out billys website at www.billymcfarland.com. 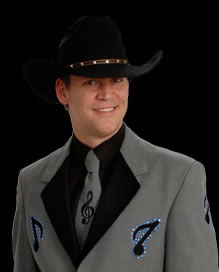 Robert Mizzell sings ‘The Rose of Tralee’ It takes a certain kind of stage performer, with legendary appeal, to effectively bring proceedings to a close at an International Show, and in particular to our global celebration of Irish culture, the Rose of Tralee.  Robert Mizzell, Country Music Artist, will fill this role on Tuesday 23rd August 2011, and give the international performance of his life, as he serenades the newly crowned 52nd Rose, on stage in the festival dome in Tralee, Co. Kerry. The finale of the festival will be watched by millions of people around the world and it will be a huge honour for Robert, already a true crowd favourite, to sing to the winning Rose, that beautiful world famous nineteenth century Irish Ballad, ‘The Rose of Tralee’.

2011 Parade of The Stars Awards

Male Vocalist Of The Year

Female Vocalist of The Year

Songwriter of the year

Local Artist Of The Year

Group of The Year

Venue Of The Year

Please email to stephendoherty2008@gmail.com – the deadline is Sept 9th 2011

To Win a copy of Rachel Percy’s New Cd – Till This Ring Turns Green  please answer the following question:-
Q: Where Does Rachel come from

Dont forget to tune into me on 105fm or 107.6fm or online at  www.icrfm.ie every Tuesday between 3pm and 4pm this Tues 16th Aug I’ll be talking to Margo. You can also get in touch with me at stephendoherty2008@gmail.com or visit my website which is www.keepitcountryradioshow.co.uk