The 2011 track/field season for Finn Valley athletes ended on a record breaking high at Antrim in the Celtic international Saturday –  of course there is one exception in that Tori Pena competes at the Daegu World Championships on August 28th.

Top of the list John Kelly from Carrickmore, St Johnstone, who not only won the shot but got the ball out to 17.56m setting a new Celtic record –  indeed the record set some 17 years ago by the current Irish senior shot champion Sean Breathmach from West Galway.

So to say that the father John the coach and the son John the athlete combination were happy only begins to sum up the day…. indeed the season up. He also got a second spot also in the javelin.

Fellan Mc Guigan notched a victory in the hammer getting out to 60.03m with the 5kg weight only the AAAs left now for this talented boy. A tie at 1.55 for 1st saw Blaithnaid Patton in the mix with 2 other girls and Shaun Woods a pb in the 4oom for third on 50.64 plus a 30.46 pb for Jade Leeper in the discus and a 3rd spot in the steeple for Dalton Mc Guigan at 6.31.73.

So ends another season and before you can take a breather the call to return to training for the cross country athletes has gone out remembering that the Finn Valley invitational primary and secondary schools cross country is only some 5 weeks away in last week of September.

The new ground to be the focus for rugby at the Centre was launched Sunday and the local team make their entry to the Ulster scene in the coming weeks yet another activity at the Centre which also launched its Autumn/winter programme of activity this week phone 0749132053 or check www.finnvalleyac.com.

An interesting result also Saturday with the victory of Jason Quigley in the Irish open senior boxing as he pushes for the number 1 spot .

Patsy Mc gonagle has left for Daegu his 4th world championship as national team senior manager Seville 1999,Osaka 2007,Berlin 2009 his previous responsibilities.  Upcoming road races Brockagh and Ballyare and a final reminder to book your place on the training weekend in Ballylifffin September with either Mark or Kieran to date 34 have signed up  and to keep September 30th free for official opening of new track./pitch and floodlights. 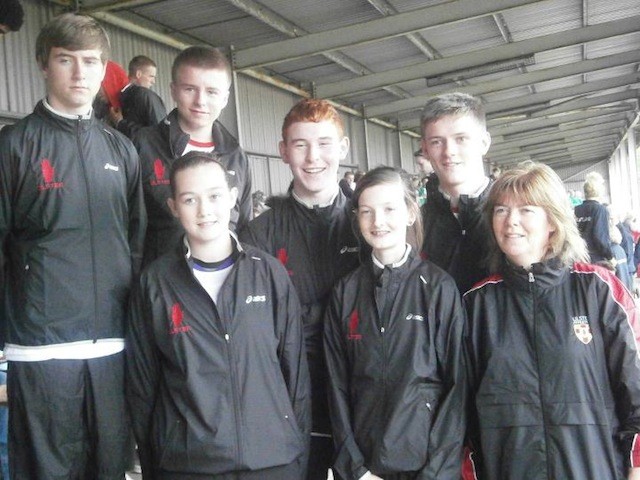