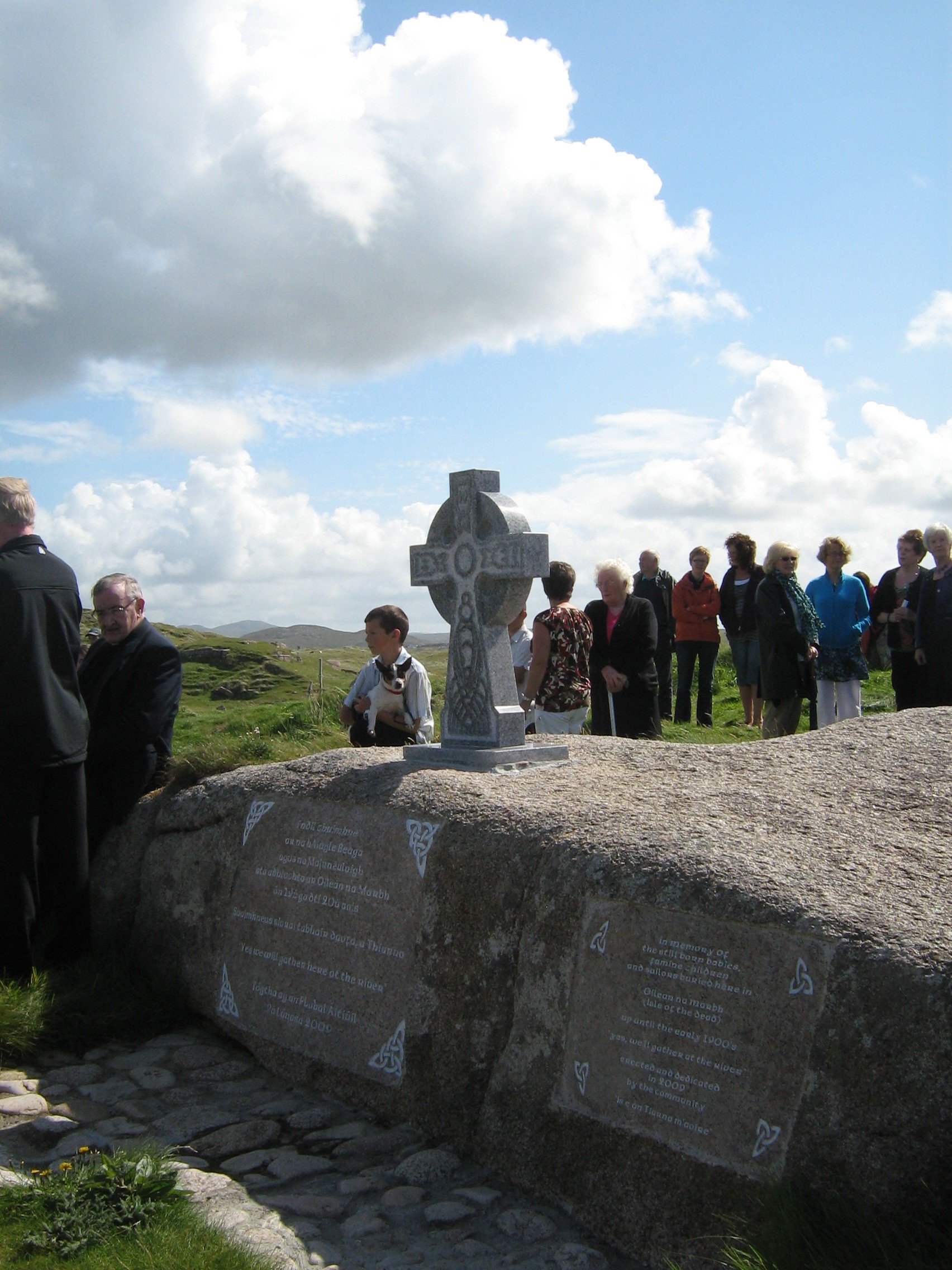 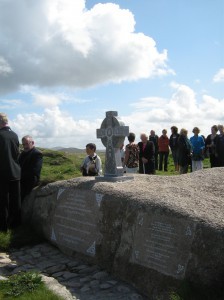 IT’S called Oileán na Marbh – island of the dead – and but for local man Seamus Boyle perhaps its history would have been lost forever.

The small rocky outcrop near Carrickfin was where stillborn babies banned from consecrated ground by the Church for centuries were buried.

On Sunday afternoon more than 200 people gathered at the beach overlooking the island before descending for a brief prayer service.

Amongst them was Kathleen Hannon whose great-aunt is buried there. “It’s a very sad place,” she said. “But it is also now a peaceful place now that it is recognised.”

Pilgrims then left the island of the angels and walked back to the beach, crossing a rising tide as they went.

And on shore a touching service took place led by Father Michael Herrity and Church of Ireland representative Margaret Boyd.

Mr Boyle had first heard about babies being buried on the island more than 50 years ago whilst out fishing with his uncle.

Three years ago he decided with others to do something to mark the past by erecting a cross and stone there.

This was the third year in a row that people have gathered to remember those 500 babies which are thought to be buried there.

Said Seamus: “It is an uplifting occasion now. I wanted people to know about this place before it was lost to the next generation.” 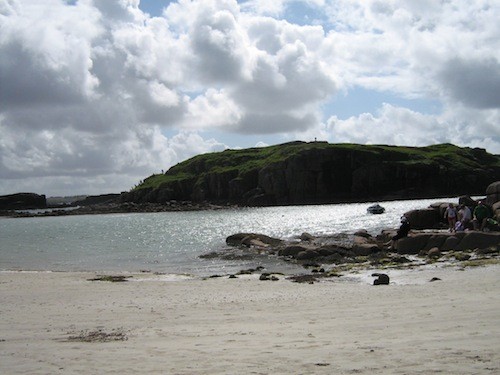 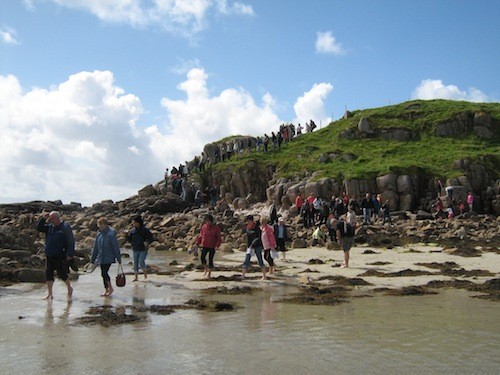 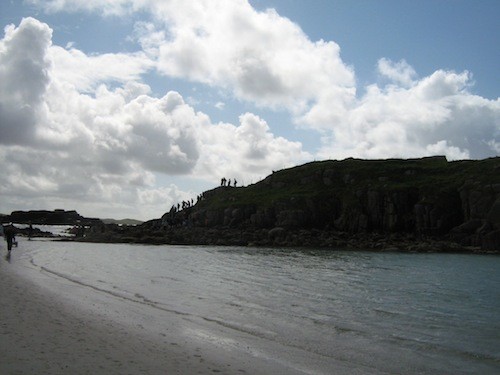 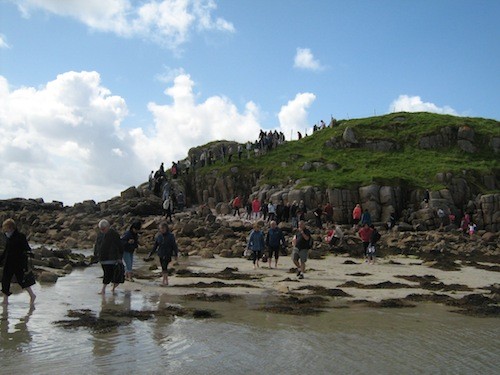 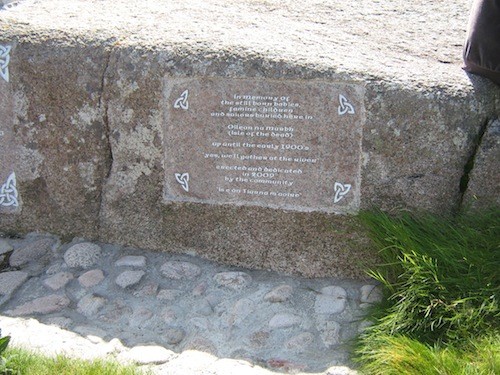 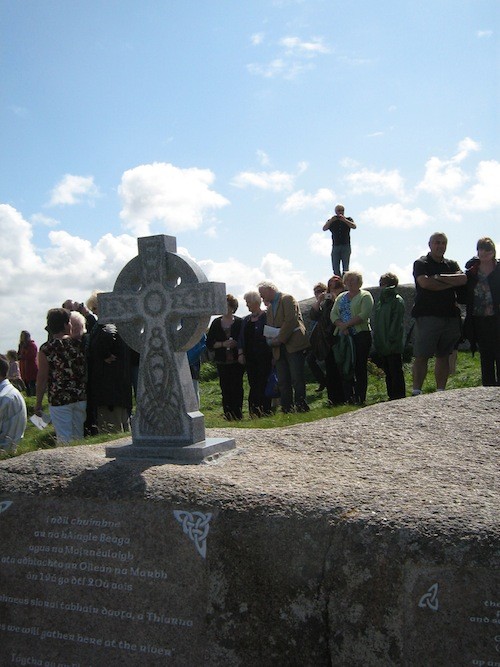 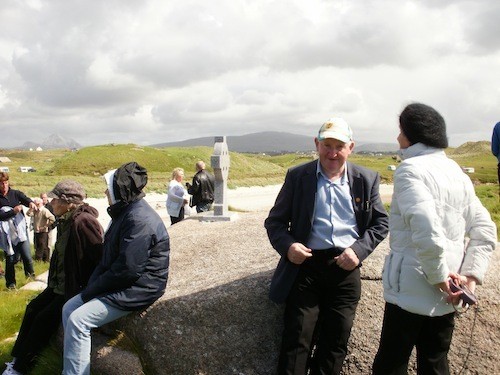 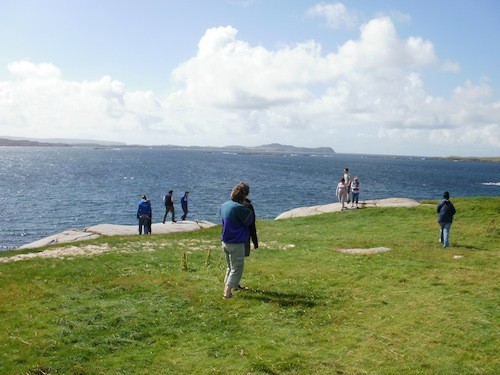 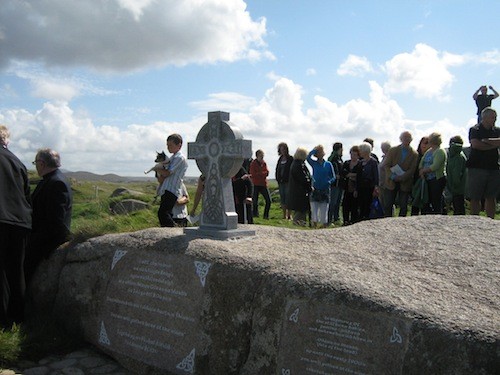