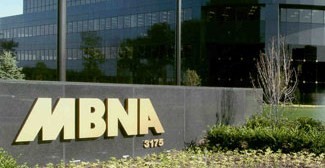 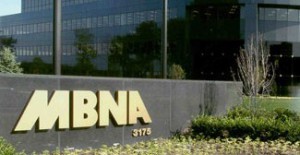 AROUND 30 people from County Donegal are among the 750 staff at a Leitrim credit card company who could lose their jobs within weeks.

MBNA – owned by the Bank of America – is pulling out of Ireland. It is trying to sell its company in Carrick-on-Shannon.

But if that fails, the business could be wound up.

And even if a buyer is found, not all of the 750 jobs are guaranteed. Workers travel to the site from several different counties.

In a statement, Bank of America said it will seek to bring certainty to employees by identifying an “appropriate solution” as quickly as possible.’

According to the statement, the ultimate decision taken will be based on what is in the best interests of shareholders, employees, customers and partners.

Sinn Féin Roscommon/South Leitrim TD Michael Colreavy has expressed concern for the jobs at MBNA in Carrick on Shannon.  Deputy Colreavy said it would be unthinkable that this business would be closed or transferred to another centre either inside or outside Ireland.

“A thousand jobs in a previously neglected area such as this had a visible social impact. For possibly the first time in this region people had an alternative to emigration.

“The operation in Carrick was regarded by MBNA as on a par or better than any of its operations worldwide.

“It would be unthinkable that this business would be closed or transferred to another centre either inside or outside Ireland.

“Hundreds of young couples with families have mortgages on the basis of their income from the Bank of America whilst the rental market, particularly in Carrick-On-Shannon would collapse entirely if this business were to be closed or relocated.

“It is now incumbent on government and governmental agencies to closely watch developments around the sale of the Carrick-On-Shannon business.

“Government must insist that the interests of the workers, their families and the wider population of this area are protected in all the choices and decisions that will be made.

“Sinn Féin is committed to ensuring job security and will be keeping a close eye on all developments in this case.”