UNITED WE STAND FOR DONEGAL AND CHRISTY!! 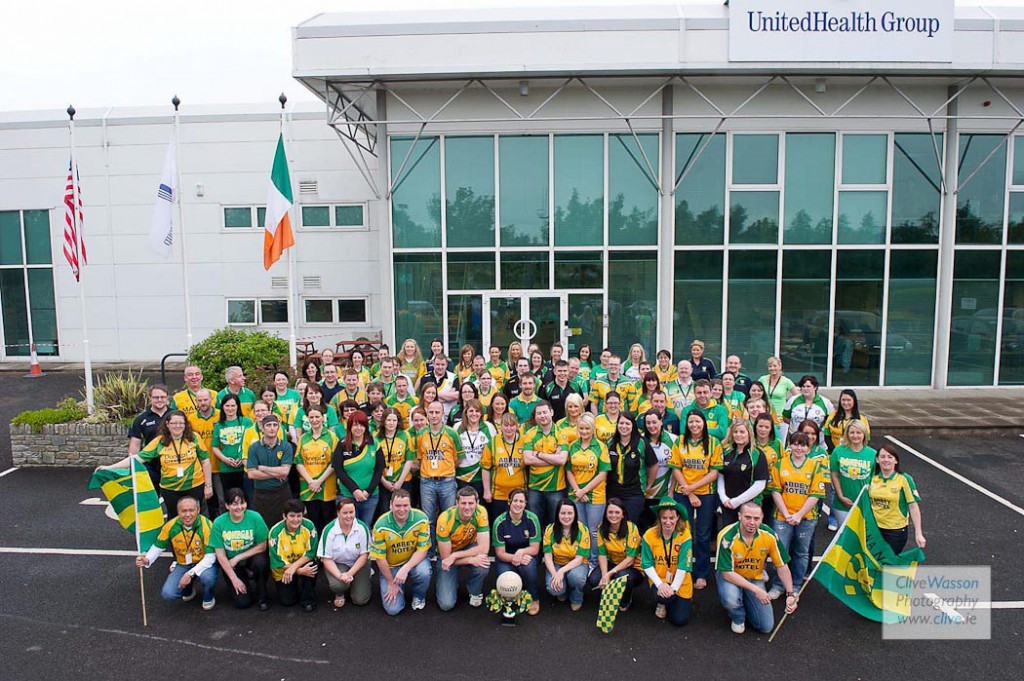 This bunch certainly are ‘United’ in their support for Donegal.

Your pictures are coming in thick and fast in support of Jim McGuinness and the boys ahead of next Sunday’s game.

We’re not sure if all these folk at United Health Group in Letterkenny are from Donegal but I suppose they are supporting the winning team!!

Many members of staff donned their Donegal colours to show that ‘united’ we stand.

And if you look very closely you will see a certain Christy Toye who is an employee at the plant.

And no – there’s no truth to the rumour that they have been given next Monday off if we crush Dublin at croker!!