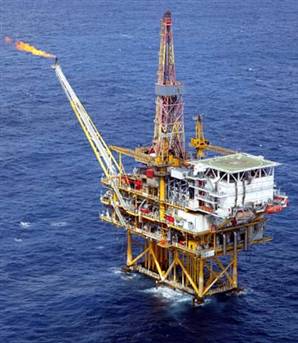 A DONEGAL-based group has launched a campaign against oil companies ‘ripping off the Irish nation’.

The People’s Association Watchdog is planning to take on the Government over how it ‘gives away’ revenue from Irish oil and gas fields.

Ballyshannon-based member Sonya Oldham said: “We are calling on Minister Pat Rabbitte to issue a moratorium on the granting of new petroleum licences off the west coast of Ireland until after the Oireachtas committee is finished reviewing the State’s existing terms.

“We believe that the terms as outlined in the ‘Licensing terms for offshore oil and gas exploration, developement and production 2007’ are inadequate and no longer relevant, as per the results of a 2008 study of forty five international fiscal systems by petroleum consultant Daniel Johnston which shows that Ireland achieves the lowest returns from its gas and oil of all the countries studied.

“Ireland’s returns are half of US and UK and less that one third of Norway according to a report.

“Considering the results of this report we ask whether Minister Rabbitte’s refusal to issue a moratorium on the granting of new petroleum licences would be in direct conflict with Article 45.2.iii of The Irish Constitution.”

The group says the Article states resources must be used for the common good of the Irish people.

Sonya added: “We, the members of the People’s Association Watchdog acknowledge that Ireland must present an attractive prosposition for oil and gas exploration to interested parties but believe that this must be balanced with the common good and must comply with Article 45.2.iii of the Constitution.

“We request that the minister allow the time afforded by a moratorium to study this issue more in depth while we also review the current agreements and make submissions to the Oireachtas.”