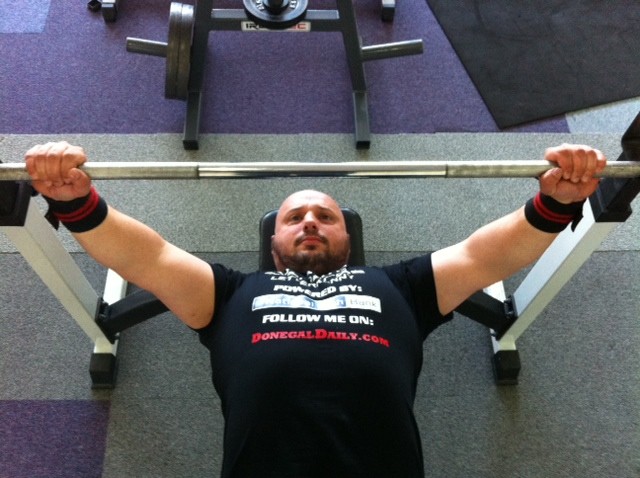 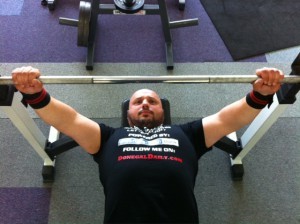 The Stranorlar man took on competitors across Europe in Estonia today and won TWO gold medals.

Micky, who has been writing about the build-up to the championships on donegaldaily.com, won the raw and equipped 100kg bench press….meaning he will return to Stranorlar Champion of Europe!

Said the 35-year-old: “I was only aiming to get into the top five in Europe so to win is just unbelievable. I’m just incredibly delighted.”

His biggest fans are his wife Paulina and has two children Kate, aged 11 and five-year-old Jake.

Staff at the Energie Gym in Letterkenny where he works…..and works out…are over the moon.

“The top class equipment here at the gym in Letterkenny is the best available.

“I use it in my spare time….I suppose no-one can ever accuse me of slacking around the place!”