There was a time when you could bank on property. 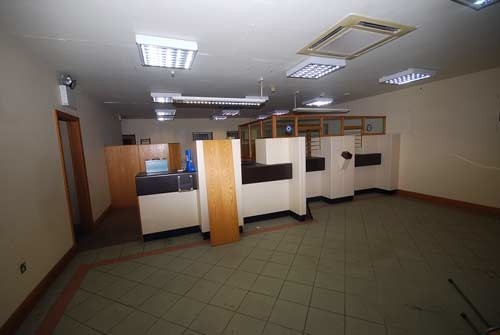 Now a Donegal estate agent is selling a bank!

The former Bank of Ireland building in Lifford has been put on the market by Brendan McGlynn and Associates and comes complete with its own safe.

Brendan hit the headlines around the world when he first appeared on Donegaldaily.com advertising a two for one price deal.

The good news is that all houses have ben sold.

Brendan says the sale of the former Bank of Ireland property on Main Street in the border town is an unusual sale. 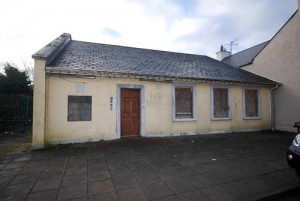 “It’s very rare that a bank goes up for sale especially one with its own safe,” he said.

The property comes with male and female toilets and all its original fixtures and fittings including bank counter.

The owner of the property is leaving the sale open to offers.