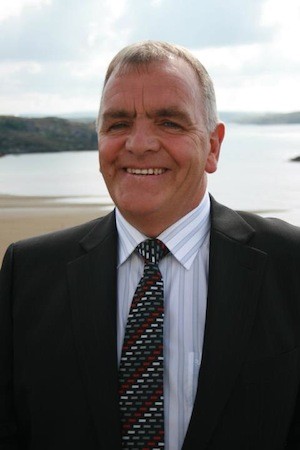 ENOUGH IS ENOUGH – DISABLED IN DONEGAL SUFFER FROM CUTS, CLAIM

The Donegal Network of People With Disabilities in Ireland Ltd (PWDI) is calling on the Government to implement their pre-election promises and stop their continuous cuts to services and benefits for people with disabilities.

Mr Eddie Crawford, chairperson of the network says “Over this past few months our members have experienced cuts to their phone credits and the number of free electricity units. Our members are also having to pay travels charges to attend HSE training centres” and goes on to say “enough is enough”.

The last two budgets have seen disability benefits cut from 204 euros to 188 euros. More recently people attending training centres are now being charged 3euros per trip which equates to a further 15euro per week off their benefit even though they have free travel passes.

The HSE North West originally provided this service free of charge but when handing over the responsibility to the Rural Transport Initiative, recommended this fee to be imposed. Donegal is the only county where this fee is being charged.

“Without any consultation what so ever” Mr Crawford says “The minister has reduced the electricity allowance by 100 units per billing period and has cut the telephone allowance by approx. 3 euro per bill.”

Cuts to Special Needs Assistants (SNA’S) by up to 6500 are/will also have a detrimental effect on the education of students with disabilities and also an extra workload on their teachers, recognised as having the largest class sizes in the country. “Again” Mr Crawford says “this is totally against the principals of the Disability Act of 2005 and equality legislation”.

Under the Disability Act of 2005 and the Departments Sectoral Plan, Local Authorities are obliged to have all of their facilities accessible to people with disabilities by the year 2015, but In a letter to the Donegal Local Authority the Minister for the Environment, Heritage and Local Government has directed that the extra funding required to meet this deadline will not available in 2011.  He has also instructed the Authority to meet their target on time.

As Chairman of the Councils Disability Advisory Group, Mr Crawford says “Without this funding it will be impossible for any Local Authority to meet this deadline”.

The progress that had been achieved over the years by the representation of various disability organisations in the county and in particular PWDI in the deinstitutionalisation of people with disabilities has also been struck a blow by the cuts to home help and personal assistants resulting in people with disabilities having little or no social interaction/activity in the area in which they live which has the feeling of going from one institution to another (their home!).

Mr Crawford says  “ People with disabilities are constantly living in fear of what next will be cut, “ Rumours” he says “ are having an adverse effect on our members. Possible reduction of personal hygiene and sanitary items by the HSE and further cuts in the forthcoming budget to their benefits has to stop. Government must move swiftly to stop these rumours and assure our members that not alone will there be no further cuts but (in consultation with disability organisations) move to restore the cuts they have already made”

The Donegal Network of PWDI are also calling on our local County Councillors to submit our requests to central government and that all of  our county TD’s & Senators put aside their political allegiances  and unite as one when in Dublin to ensure that this marginalised group in Irish society be treated in a fairer and more respectful way.

People With Disabilities in Ireland ltd. (PWDI) is a National Voluntary Organisation run by persons with disabilities, their families and carers who strive to ensure that the disability voice is heard at all levels of society and the decision making  process