Ireland’s most famous amateur weatherman has said there is ‘SNOW WAY’ Donegal is going to be plunged into artic-like conditions this winter.

Postman Michael Gallagher has successfully predicted snowfalls for the last number of years from his base in the hills of Donegal.

But Michael, from Glenfin, says he simply can’t understand why everyone is saying the country is going to be covered in snow and freezing conditions for months on end.

“I simply don’t know where these forecasts are coming form. I can see no signs of it.

“We might have a little snow but I don’t think it’s going to be as bad as the past couple of years.

“I can see us getting plenty of rain and frost but I can’t see the huge falls of snow and freezing temperatures which everyone seems to be predicting,” he said.

Michael, who famously forced bookmaker Paddy Power to pay out €70,000 in early bets after predicting a white Christmas two years ago, says there will be plenty of storms.

Only recently he was approached by a customer while doing his rounds who had found a frog behind a flowerpot. 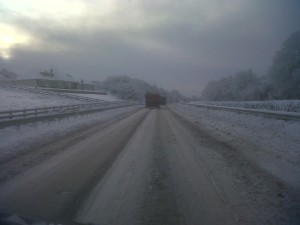 “When we lifted the flowerpot the frog just wouldn’t move. I just knew that was a bad sign.

“A couple of days later we had those bad storms. The frog knew it was going to be bad and didn’t plan on moving anywhere,” said Michael.

Apart from Michael, another hugely-respected weatherman who does not think we are going to shiver too much this winter is Peter O’Donnell from www.irishweatheronline.com.

He said January next could be the coldest month but it is unlikely to be as bad as last year.

“There may be roughly equal spells of mild and cold weather with strong winds, some heavy rainfalls and some snow or ice.”