BREAKING NEWS: Donegal made it a hat-trick at the Football All Star Awards this evening. 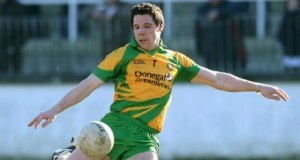 Neil McGee, Kevin Cassidy and Karl Lacey were all recognised as being among the best 15 footballers in the country.

The achievement underlines once and for all the brilliance of Donegal’s defence and pushes aside the doubters.

Mark McHugh was nominated in the Young Players of the Year Category.

But it wasn’t just football in which Donegal excelled.

In the football awards, Dublin swept the boards with six All Stars while Kerry took four.

The Footballer of the Year Award went to Dublin’s Alan Brogan.

DONEGALDAILY.COM – WE BRING YOU THE NEWS AS IT HAPPENS!!