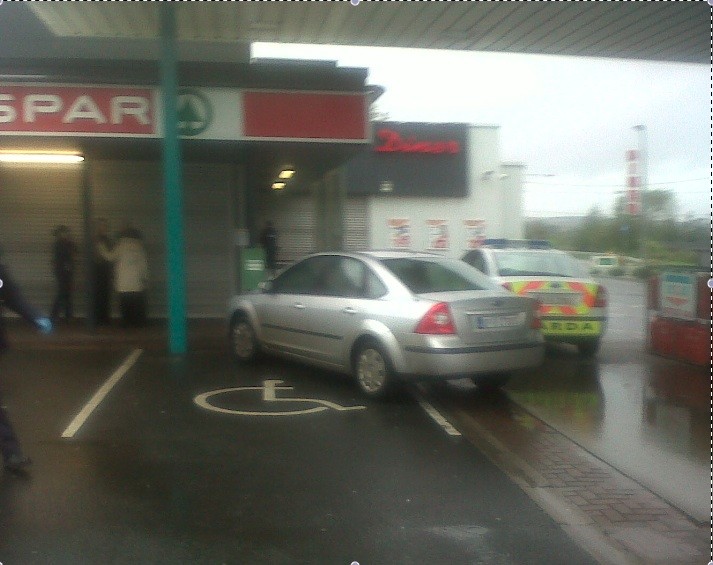 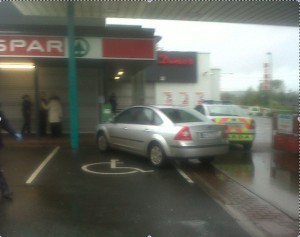 UPDATED: THIEVES have made off with thousands of euro after two raids on petrol stations in the county last night, donegaldaily.com can reveal.

Gardai technical officers have arrived at the scene of two EuroSpar service stations at Newtowncunningham and at Moorfield just outside Ramelton.

Both are run by the Kernan family and were closed all morning while forensic examinations took place.

At the garage at Newtown, a Garda stood on duty as the shutters to the premises remained down.

A forensic officer entered the premises shortly after 11am to begin an examination of the scene.

Sources say the thieves broke into both garages and smashed open ATM cash machines inside and made off with the contents.

It’s thought thousands of euro was taken in both raids.

“This looks like the work of an organised criminal gang,” said one source.

“Two petrol stations were hit in Newtown and Ramelton overnight. Both are EuroSpar stores and cash was taken in the raids.”

Staff were standing outside both shops today awaiting for the go-ahead to open up.

Customers were being turned away this morning after being told of the thefts.

In a statement to donegaldaily.com, Gardai said: “Gardaí at Milford are investigating two separate burglaries that occurred between midnight and 1am this morning, Saturday 22nd October 2011.

“In the first incident a number of men entered a service station in Ramelton (Moorefield Service Station) and accessed money in an ATM on the premises.

“A short time later a number of men entered a service station (Kernans Spar) in Newtowncunningham and accessed money in the ATM there also.

“It is believed the same gang were involved and comprised of 3 men wearing balaclavas entering each premises and a man waiting in a silver coloured Audi type car outside. No arrests have been made and investigations are ongoing.

“Anyone who may have witnessed these burglaries or who may have seen any suspicious activity at either location in the days preceding them are asked to contact the Gardaí at Milford on 074 9153060, the Garda Confidential Line on 1800 666 111 or any Garda Station.”

DONEGALDAILY.COM – FIRST AGAIN WITH ALL THE BREAKING NEWS STORIES IN DONEGAL