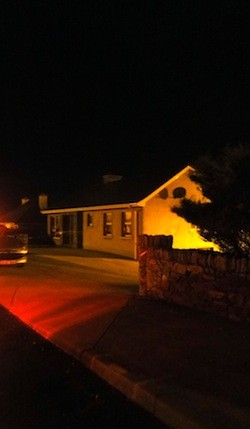 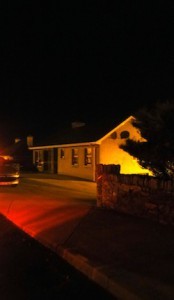 UPDATED: GARDAI last night sealed off a house in Dungloe after a man’s body was found there, donegaldaily.com has learned.

Sources say it is too early to speculate as to what caused the man’s death but we understand crime scene forensic officers will return to the scene at first light.

The body was discovered at a house at Chapel Road in Dungloe yesterday evening.

A spokesman at the Garda Press office confirmed: “Gardai are investigating the circumstances surrounding the death of a man in Dungloe. The body remains at the house and that the scene has been preserved for a technical examination.”

Tonight a donegaldaily.com reader in Dungloe told us: “There are all sorts of rumours going around but the truth is that nobody knows what has happened.

“I understand the man who has died rented the house which has now been sealed off by gardai.

“Everyone is in utter shock.”

Gardai had left the scene by midnight, though the cordon remains in place.