JOY AND HEARTACHE FOR MARIA AT DUBLIN CITY MARATHON

There was joy and heartache for Letterkenny Athlete Maria McCambridge in yesterday’s Dublin City Marathon. 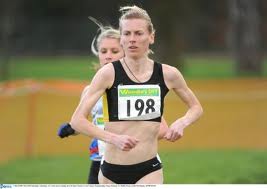 Maria was hoping she could use the event to qualify for the Irish team for next year’s Olympic Games in London.

Maria had a terrific run but was just outside the qualification time coming home in a superb time of 2 hours 40 mins and 24 seconds.

Maria was the second Irishwoman home just behind Linda Byrne who did manage to grab an Olympic qualification time of 2 hours, 36 mins and 24 seconds.