The Lord Mayor of Letterkenny said he fears many more housing estates across Donegal could end up in the same predicament as residents of College Park. 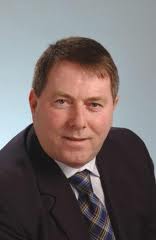 Residents of College Park were left with an ESB bill of more than €4,000 after the developer of the housing estate went into liquidation.

The bill, which was mainly due to the management of the sewage pumping system on the estate, has been deferred by the ESB.

However Mayor Gerry McMonagle told Donegaldaily.com he fears this is only the tip of the iceberg.

He said the fact that numerous developers have gone bust means there cold be a raft of such problems facing householders.

“The bottom line is that there has been a vacuum left by many developers going under.

“The College Park situation was a prime example and thankfully that would have appeared to have been sorted.

“But I fear there are many similar situation around the corner. The bottom line is that there is nobody overseeing the running of these estates,” he said.

He added that he had now sought a meeting with the County Manager to assess the overall situation and to find ways of moving forward.

“There’s no doubt it’s going to be an issue. I am hoping to meet with the County Manager about the issue.

“I’m sure there are all sorts of issues facing residents on a lot of housing estates across Letterkenny and Donegal which nobody is taking responsibility for,” he said.

Meanwhile a spokesman for the ESB said they had never intended to pursue the residents in College Park for the outstanding bill.

“It was never intended that we would pursue the residents over the outstanding bill. That was never the case.

“But we had to reach an understanding that the bill-payer would come to an agreement with us. We are grateful that the Mayor has intervened and hopefully we can move forward with a clean slate in relation to the residents and the local authority,” said a spokesman.