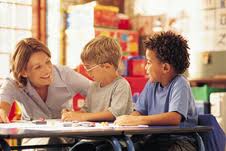 A DONEGAL woman axed from her job as a Special Needs Assistant because of Government cuts has revealed that she’s been told she will have to wait SIX MONTH for her miserly €4k redundancy.

The expert worker was laid off three months ago after an assessment found she was no longer needed in a school in the county.

But when she tried to get her pay-off, she was told to “join the queue.”

She told donegaldaily.com: “I couldn’t believe how I lost my job, but I don’t want to give my name because it is no reflection on the school where I worked for the past three years.

“The staff are totally dedicated to the children. But some mandarin with a clipboard decided after a few hours in the school that I was surplus to requirements.

“I am one of the cutbacks at the frontline. However I wasn’t prepared for what happened next.”

The special needs expert told donegaldaily that she was totally shocked.

“I just assumed that I would get a lump sum a month after leaving my post but when it didn’t arrive I made lots of phone calls and eventually got through to the department dealing with my redundancy,” she said.

“I was told that it could take up to six months because that was how long the backlog was. I don’t blame the woman I was dealing with. She and her colleagues clearly don’t have the resources, but it left me shocked and I think it is a disgrace that here in Donegal we have politicians on big fat cosy salaries who will defend this sort of nonsense.

“I wanted to speak out so that people know what is happening to ordinary workers like me – dumped from a place where I was needed and then not given any compensation on time for the hours and dedication I put in. It’s sickening.”