BREAKING NEWS: A Donegal man has been killed in a car accident in America. 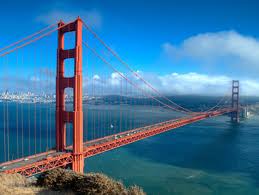 William McCallion from Letterkenny was killed on Friday following the tragedy in San Francisco where he had been living.

The dead man, who was in his 40s, was well-known in Donegal where his family have operated a jewelers business for a number of years.

Mr McCallion, of Ballyraine Road, had been living in the US for a number of years.

Funeral arrangements have yet to be made.

Prayers were said for the late Mr McCallion at today’s masses at St.Eunan’s Cathedral.

Friends and family were today paying their respects at the family home.

The late Mr McCallion’s brother Patrick is the well-known manager of the two McCallion jewellery stores in Letterkenny.

He is also survived by his mother Margaret and sisters Elizabeth, Geraldine and Ann.

The dead man’s father James died in 2008 while his brother Sean passed away more than 20 years ago.