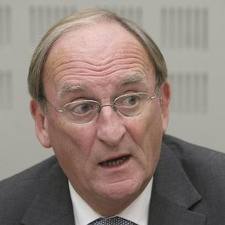 TWO Donegal firefighters and another Donegal man have all been given awards in Ireland’s only honours list.

Brendan Greene and Patrick Boyle were both awarded silver medals, while the late Anthony Donaghy, was posthumously awarded a certificate of bravery.

In the early hours of 22nd May, 1995, Anthony Donaghy, now deceased, made a call to the Dungloe Fire Brigade reporting a fire on board the fishing vessel Niamh Aine and that he suspected there was crew onboard.

Dungloe Fire Service arrived on the scene within 11 minutes. At which time the fishing vessel was on fire with flames shooting about 15 feet into the sky.  Entry was impossible from the wheelhouse and galley areas due to the intensity of the flames and smoke.  It was decided that a 2 man Breathing Apparatus team, consisting of Fire Fighters, Brendan Greene and Patrick Boyle, would try to carry out a search of the vessel.  The team’s task was made extremely difficult by the strong wind and thick smoke.  However, after several attempts they entered the last hatch where they found two fishermen.

By this time Gaoth Dobhair Fire Brigade had arrived on the scene and they assisted the team by helping to contain the fire and assist with the rescue.  The two-man team were able to drag the first casualty out of the escape hatch onto the shelter deck and then up the final hatch onto the deck at the stern of the fishing vessel.  They then courageously returned and carried out the same procedure on the second casualty.

Both Brendan Greene and Patrick Boyle without fear for their personal safety put their own lives in danger to rescue the crew of the Niamh Aine.  Due to the quick actions of Anthony Donaghy in raising the alarm the emergency services were able to rescue the crew without any loss of life.

Anthony Donaghy RIP is posthumously awarded a Certificate of Bravery which was presented to his mother, Mary Donaghy

Ceann Comhairle Seán Barrett, TD, (pictured) presented a total of 18 awards in recognition of outstanding acts of bravery at a national ceremony in Farmleigh House yesterday.

The honours were awarded by Comhairle na Mire Gaile – the Deeds of Bravery Council – which was established in 1947 to provide for suitable recognition by the State of deeds of bravery.

The Council, which is chaired by the Ceann Comhairle, includes the Cathaoirleach of Seanad Éireann, the Lord Mayor of Dublin, the Lord Mayor of Cork, the Garda Commissioner, the President of the Association of City & County Councils and the Chairman of the Irish Red Cross.

The Council may award medals in either Gold, Silver or Bronze categories. Certificates of recognition may also be awarded. At the ceremony this afternoon, four of the medals were Silver and nine were Bronze. Five certificates were also awarded. The Council hopes that this high profile ceremony will draw deserved attention to the brave actions of the recipients and heighten awareness of this national awards scheme generally.

Among those who received awards yesterday were:

Congratulating all concerned, Ceann Comhairle Seán Barrett, TD, said: “These honours are richly deserved and the awards are a fitting tribute and recognise heroic acts by members of the public as well as members of our emergency services, many of whom without regard for their own personal safety, put their lives on the line to help others.

“When I read the citations and acts of bravery, I am struck by the selfless heroism, the strength of character, the depths of courage and that willingness to step forward, despite the risks, to help their fellow man. All of these people deserve to be recognised for their actions and are worthy of our deep appreciation.

“Their families, friends and neighbours and all of us should be justifiably proud of their achievements and their extraordinary feats of bravery.”